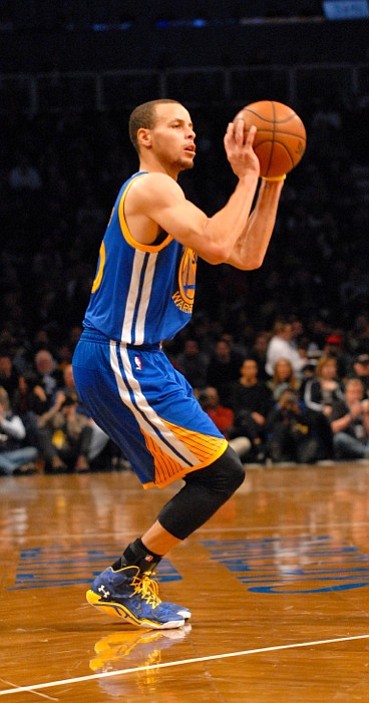 The Golden State Warriors decisive defeat of the Utah Jazz Monday night enabled them to close out their second round of NBA playoffs in four straight games, to rest and prepare for what will be the first real test of their skills and prowess, the winner of the San Antonio Spurs-Houston Rockets series. This contest will be the Warriors’ only real obstacle to return for a third straight time to the NBA championship.

The Spurs and Rockets take the court tonight (Thursday) in Houston, Game 6 of their series with San Antonio leading it 3-2 after taking Game 5 Tuesday night at home, 110-107, in a back and forth overtime battle between the two.

“Any one of the teams could have won the game down the stretch,” acknowledged Spurs head coach Greg Popovich, who appeared quite tense until the game’s time clock expired. A Rocket win tonight takes the two to an “all or nothing, winner take all” seventh game Sunday back in San Antonio. The Spurs, already without guard Tony Parker, out for the rest of the playoffs because of a ruptured left quadriceps tendon, may also be without their big gun, forward Kawhi Leonard, who injured his right ankle stepping on James Harden’s foot with 5:37 left in the third quarter, missing most of the fourth and overtime. Leonard’s 22 points and 15 rebounds in 38 minutes, along with the play of Danny Green and Manu Ginobili, contributed greatly to the win. Ginobili’s clean block of Harden’s attempted three at the buzzer may have saved the game from a second OT.

The Warriors, the best ranked team during the regular season in both the East and West conferences, hasn’t lost a postseason game since their postseason began April 16. Like the Cleveland Cavaliers from the East, the defending NBA champions, the Warriors are 8-0, beating the Portland Trailblazers, and then the Jazz four games apiece. Both the Warriors and Cavaliers contended for last year’s championship won by Cleveland, their first ever.

Admittedly, the Spurs-Rockets, Boston Celtics-Washington Wizards semifinal Eastern Conference series, Round 2, is the more competitive series, as we’ve witnessed, most notably, the Spurs overtime win against Houston Tuesday night, but there should also be some appreciation for Golden State and Cleveland not just sweeping their playoff opponents, but vacuuming away any opportunity that the Pacers and Trailblazers had in the opening playoff round against these two conference powers, and the Toronto Raptors and Jazz had of winning one of those best of seven games in Round 2, the semifinals against these two teams.

Golden State held the Jazz, the fifth-seeded team, under 95 points in three of the four games while averaging 111 points. Their forward, Draymond Green, pointedly describes his team’s superiority up to this point. “We imposed our will on the game, and we had the game at our pace,” he noted.

And that’s what the Warriors have been able to do against Portland and Utah. In Game 4, ending the series, the Warriors totaled more assists than the Jazz, 28-13, and more fast-break points, 19-4—important stats.