Ailey II—Always a sure bet! 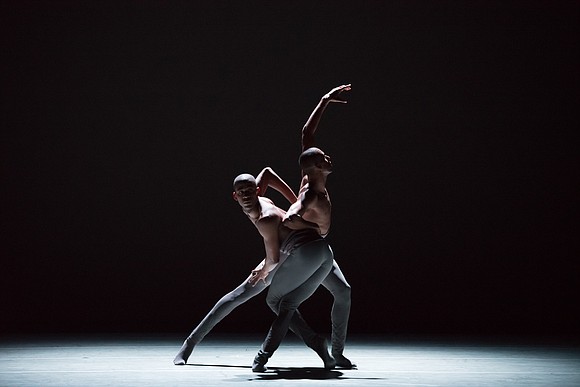 After a slow start, in soft greys to set the mood, Joo’s contemporary ballet, “Circular,” described as a “…conversation through movement…,” showed as the dancer’s dance. In different groupings, they easily wove between contrasting dagger-like classical lines and morphing angles to defy space and time. And as precise as small group dances were, when all 12 dancers were together, their chorus of gestures was even more sculptural. Willis, a former Ailey company member, presented “Stream of Consciousness,” which was driven by the music (Max Richter’s propulsive take on Vivaldi’s “Four Seasons”). Recently appointed Executive Director of Dallas Black Dance Theater Bridget L. Moore’s “Sketches of Flames” was hot, and the dancers took on the role of Gypsies and gauchos. The flamenco theme was emboldened by the fiery red costumes, gloves, sombreros, heels, red roses and a bullfight, and the dancers peppered all that with their high energy and exciting partnering. Moore matched the spirit of flamenco and tempered the experience with music from an array of passion-driven folk songs.