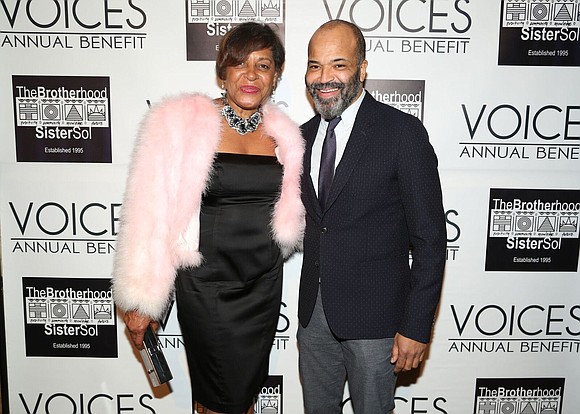 “I thank you profoundly for this honor. More importantly, I thank Khary Lazarre-White, Jason Warwin and everyone associated with Brotherhood/Sister Sol for your example of intelligent, empathetic, hard work at a time when our country desperately needs reminding that American greatness exists in the hearts, minds and spirits of most—though not all—of its people and particularly in the young people like those who have flourished by your efforts,” said Wright.

Brotherhood/Sister Sol Executive Director and co-founder Khary Lazarre-White said the organization is dedicated to helping young people understand the political realities. During his speech, he highlighted the work the organization is doing in the wake of the recent presidential election.

“We believe this work is done via education, organizing and the arts, and we are so pleased to have honored two artists whose work and life missions are so intertwined with social commentary, equity and struggling with the important and necessary issues of our time.”

The nonprofit has embarked on a $15 million capital campaign to expand its reach, and in November 2017 plans to break ground on a new six-story state-of-the-art home, with training facilities, a technology center and an arts/performance space.