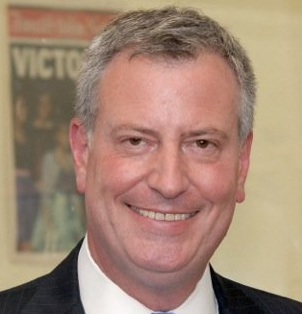 Known as the Freelance Isn’t Free Act, the law gives freelance employees the legal right to written contracts, timely payments and freedom from retaliation. To celebrate the implementation of the legislation, the Department of Consumer Affairs conducted a Day of Action with other partners to educate New Yorkers, launched a social media campaign and co-hosted a launch event with the Freelancers Union.

“This law is an important step toward securing financial stability for the many freelance workers who bring their talents to companies but then struggle to make ends meet because of unpaid wages and broken promises,” stated DCA Commissioner Lorelei Salas. “By requiring hiring parties to issue written contracts, we can better ensure that workers are paid on time and in full. DCA’s Office of Labor Policy & Standards is committed to working on behalf of all freelancers to create a more secure workforce for today’s evolving economy.”

“With one-third of the workforce freelancing, it’s time for us to build a new safety net that reflects the realities of how Americans are working,” said Sara Horowitz, founder and executive director of Freelancers Union, in a statement. “To achieve this, we must build new labor institutions and strategies for organizing workers and mobilizing for change. The Freelance Isn’t Free Act marks a turning point in developing real protections for the growing independent workforce.”

“Freelancers should never be forced to put their rent or utility bills on a credit card just because they haven’t been paid on time, or at all, for their hard work,” added New York City Council Member Margaret Chin in a statement. “The implementation of the Freelance Isn’t Free Act ensures that even more workers have the right to a written contract that guarantees timely payment and freedom from retaliation from employers.”

The DCA launched a 15-day social media campaign called #FacesofFreelancers to highlight freelancers in the city and let others know what rights are available to them. Workers and hiring parties can also visit nyc.gov/dca or call 311 and ask for “Freelance Workers.”

“Though employment relationships and the workplace may change, failing to pay freelancers for their work is just like wage theft—and we need to make sure all workers have the information, the support and the legal protections they need,” said Manhattan Borough President Gale Brewer in a statement.