Anti-racists call for unity in response to horrific attack 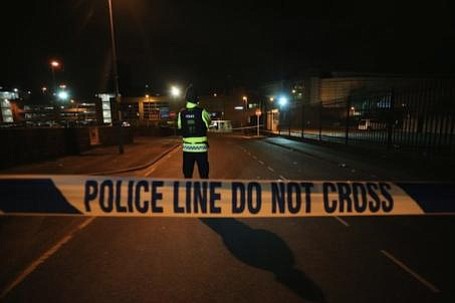 U.K. Prime Minister Theresa May has imposed a five-tier threat level and announced that yet another attack is likely. This action comes in the wake of the reported “terrorist suicide bomb” that killed 22 people and injured 60 Monday at an Ariana Grande concert in Manchester.

As a result, thousands of soldiers are likely to be visible at landmarks and events that are likely to attract a lot of people, including Buckingham Palace, Whitehall buildings, the American embassy and sporting events. Armed police will patrol the streets. London’s Metropolitan Police force will send more specially trained officers onto the streets, who will be looking for “telltale signs that a person may be carrying out hostile reconnaissance or committing other crime ... based on extensive research into the psychology of criminals and what undermines their activities.”

Meanwhile, the alleged bomber was swiftly named as Salman Abedi, said to be a British citizen of Libyan origin, who lived in Moss Side, Manchester. As a result of immediate racist responses, the campaign group, Stand Up To Racism, has called for unity.

Far-right groups such as Britain First have already attempted to use the attack to stir-up hatred and division. Columnist Katie Hopkins tweeted a demand for a “final solution,” and Tommy Robinson of the English Defence League has responded with a series of what are widely deemed to be Islamophobic tweets.

Sabby Dhalu, co-convener of Stand Up To Racism, said, “Our thoughts are with the loved ones of those killed and those injured in Manchester. It is extremely distressing that children and young people were targeted in this way.”

Weyman Bennett, co-convener of Stand Up To Racism, said, “We would like to express our sympathy and solidarity to the people of Manchester, the victims of the attack and their families. It is disgraceful that already far-right groups such as Britain First have attempted to use the attack to stir up hatred and division.”

He added, “This outrage was designed to divide our communities; we cannot allow it do so. It is vital that we stand together at this time in unity and solidarity against all forms of hatred, division and violence.”