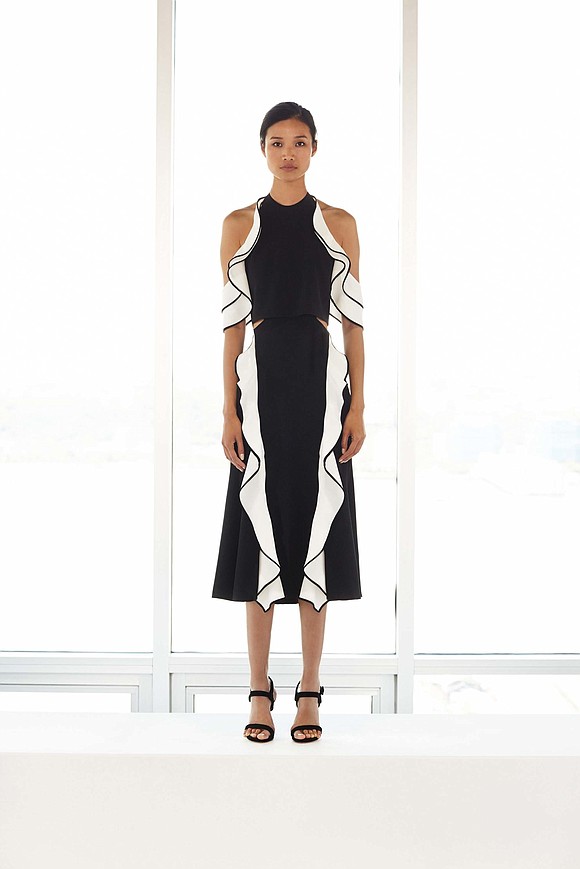 At New York Fashion Week, there were several new designers on the bill. Jonathan Simkhai’s presentation was created for the modern woman. His core aesthetic philosophy plays with the tension of masculine strength and feminine sensibility. The clothes on display were made in customized fabrics with romantic detailing. The look incorporated linear lines and contoured silhouettes. He designs for women with confidence, ease and sensuality. The brand represents fashion versatility. Simkhai continues to redefine the 21st century wardrobe and reinvigorate American fashion.

Based in New York, Simkhai launched his eponymous label in 2010, after years of experience as a buyer and merchandiser. He honed his technical skills at Parsons School of Design and the Fashion Institute of Technology. There was early success in his career when his label propelled the designer into the CDFA (Fashion Incubator) program. It’s where he developed his eye for quality craftsmanship. Simhai is continuously inspired by the built environment, which motivates his creative process and desire. In his collection, it’s evident that he pushes conventional design boundaries. His work often explores the confluence of technology and handmade artistry.

We had a glimpse of Nina Tiari’s line backstage, just before her show at New York Fashion Week. Another young designer, Tiari showed a well-balanced scope of fashions in a well-designed collection. The focus was on ready-to-wear in pretty prints and stylish shapes. Focusing on creativity and the arts, her looks are soft and feminine. Before her designing career picked up, she worked as an editorial wardrobe stylist and creative consultant for top international publications including Vogue, PAPER Magazine and The Wall Street Journal. She gained additional experience and exposure performing short stints with Madonna, Kanye West and Jay Z. Most recently Tiari was featured in a profile on the Coveteur, photographed by Scott Schumann for The Sartorialist. She is a young designer on the rise. Look out for her clothes.