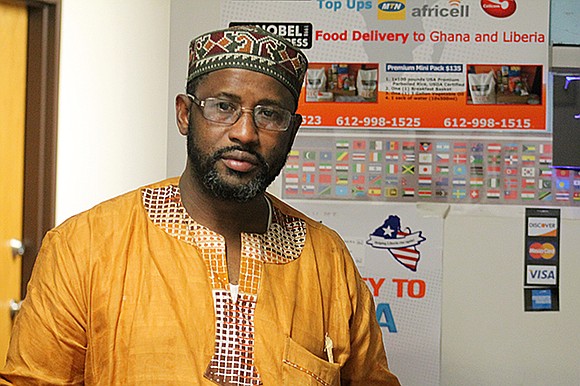 Ghanaians who have overstayed their U.S. visas are facing a new Trump administration push to deport hundreds or thousands of Africans, including those from countries stricken by the Ebola epidemic in 2014.

That was the message from the U.S. Ambassador to Ghana, Robert Jackson, in an interview with Ghana’s Starr FM Online earlier this year.

“In fact about 7,000 [Ghanaians] are currently at different stages of the deportation process,” the U.S. ambassador said. “And we are not apologetic about that. We have a lot of Ghanaians who have overstayed their visas in the U.S., and I think that they need to be concerned about whether they would be allowed to remain illegally. My guess is they will be given some options, but the president will be serious about asking those who’ve violated their visa status to depart.”

The ambassador offered assurances that the Trump administration would not paint every African country with the same brush. But Nigerians should be worried, he cautioned. “Ghana’s economy is growing, Nigeria’s is shrinking,” he said. “We have a very different relationship with Ghana. Ghana is more supportive of free trade and shares a long history of peaceful existence, which Nigeria does not have.”

Subsequently, more worrying news for Africans in the U.S. came from the Department of Homeland Security, which announced that because Ebola has been vanquished, West Africans from the so-called Ebola states should pack their bags and return home or face deportation when their temporary visas expire this month.

“The designations of Temporary Protected Status (TPS) for Guinea, Liberia, and Sierra Leone terminate effective May 21, 2017,” the DHS states on its website. Some 58,000 Haitians also facing the same TPS termination have been given an additional six months’ stay.

Last year, TPS beneficiaries were given eight months’ advance notice of the expiration in three notices in the Federal Register. These notices urged individuals who did not have another immigration status to use the time before the terminations became effective in May to prepare for and arrange their departure or to apply for other immigration benefits for which they may be eligible.

Minnesota is home to a large Liberian and Guinean community, mostly in the northern suburbs of the Twin Cities metro area. Alhaaji Mohamed Bah, president of the Guinea Association of Minnesota, commented, “There’s no way of going back.” Many of the TPS holders lost homes, jobs and families to Ebola.

In recent weeks, as the end of the TPS approached, Bah said he’s been getting calls from people who fear deportation. He recalled, “Some of them even said, ‘It’s better for me to die because going back is like death for me. I don’t have anybody anymore.”

Abdullah Kiatamba, executive director of African Immigrant Services, stated, “For those who escaped Ebola, uprooting them from the U.S. could be devastating.”