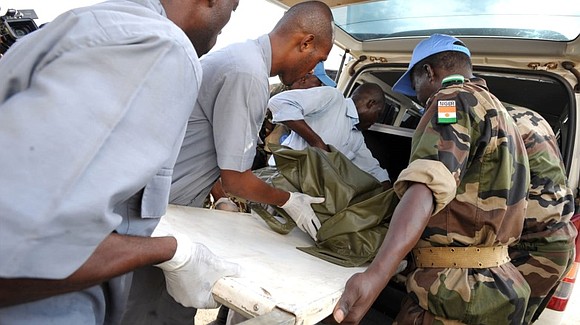 With the deaths of four American servicemen in Niger, a window has opened onto U.S. operations in West Africa, an area barely known even to U.S. legislators who have sent U.S. soldiers there in harm’s way.

The latest soldier to die on a tour in the French-speaking region is Texas-born Staff Sergeant Logan J. Melgar, a Latino. His death in Mali is attributed to strangulation, and two members of the U.S. Navy Seal Team Six are being investigated for his murder.

Melgar’s Special Forces teammates were there at the request of Paul Folmsbee, U.S. ambassador to Mali, for a previously undisclosed and highly unusual clandestine mission to support French and Malian counterterrorism forces battling al-Qaida’s branch in North and West Africa, as well as smaller cells aligned with al-Qaida or the Islamic State, according to The New York Times.

The Navy SEALs were assigned to help with training and counterterrorism missions. They took part in two operations in Mali before Melgar’s death, according to the Times.

Although Americans are being deployed to “advise and assist,” as military officials say, and not engage in combat missions, military plans for the region suggest greater engagement with insurgent groups on the ground.

But “claiming troops are only ‘assisting’ or ‘training’ local forces is the way the U.S. military establishes a foothold in a country while telling everyone they don’t engage in ‘combat,’” said free speech activist Trevor Timm, writing in the British Guardian newspaper. “Then, when they inevitably do get in a firefight and a soldier gets killed—as happens time and time again—it provides an excuse to expand the mission even more.”

Timm added, “Niger is the perfect illustration of America’s permanent war posture around the world, where Special Forces fight various militants with little or no public scrutiny and no congressional authorization.”

Meanwhile, neither the U.S. nor France has offered a plan to lift Nigeriens out of extreme poverty, and French companies maintain a stranglehold on Niger’s uranium mining, setting prices and