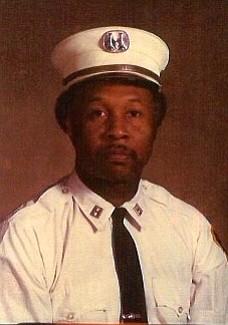 It was the ’60s, the Flower Power era and Civil Rights Movement, a time of sit-ins and protests in segregated America.

The Rev. Dr. Martin Luther King Jr. gave a voice to Black people in a country filled with racism. “We’re through with tokenism and gradualism and see-how-far-you’ve-comeism,” he said in a speech in Chicago in 1963. “We’re through with we’ve-done-more-for-your-people-than-anyone-elseism. We can’t wait any longer. Now is the time.”

In Hollywood, Black actors began to surface in TV shows such as “The Mod Squad,” “Julia,” “I Spy” and “The Flip Wilson Show,” sports witnessed Black athletes such as Jim Brown and Bill Russell dominate the headlines and The Motown Sound took the music industry by storm.

The Civil Rights Act brought gainful employment opportunities for Blacks in New York. Many began to apply and land civil service jobs. It wasn’t the best of times but society was changing.

Retired firefighter Capt. Milton Franklin joined New York’s Bravest in 1962. As a cadet, he trained on Randall’s Island and in the Ladder Company 16 Station House, 157-159 E. 67th St., with one of the biggest classes in FDNY history. He was then assigned to Engine 325/ Ladder 163 in Woodside, Queens, where he worked for four years, and then transferred to the Ladder 107 in Brooklyn. When asked why he became a firefighter, he told the AmNews that it was an opportunity for a rewarding career.

“During that time, people of color were interested in civil service jobs,” he said. “Not only was the FDNY a good job with great benefits, it was also a chance to help people. The schedule was good. There were two tours. One was 15 hours and another nine. So if you had kids in school you could fill in for your co-workers and work a couple of 24 hour shifts to make more time for your family.”

He said that every day was a challenge, a learning experience and, while on duty, at times very dangerous. He recalled one time in particular, during his first year on the job. “We answered a call when I was assigned to Engine 325,” he said. “Firefighters were fighting a fire at the Sefu Soap and Fat Company in Queens, when a sidewall and part of the second floor gave way, killing six firefighters and injuring many others.”

Despite the risks of being a firefighter, Franklin was able to serve the FDNY for more than 30 years and was a member of the Vulcan Society, the fraternal organization of Black Fighters. His fellow Black firefighters included Vulcan Society founder Wesley Williams and Robert O. Lowery, the city’s first Black fire commissioner.

“There were a lot of Blacks in the FDNY during that time,” he said. “There were more Black firefighters than there are now.”

Franklin added that the hiring process was different when he took the test. He wasn’t surprised about the recent overall of the FDNY testing process. He made a comparison similar to testing problems in our education system, where students of color don’t fare as well as their white counterparts. In retrospect, his fondest memories lie with his diverse groups of peers. “You lived together, trusted each other, ate meals together,” he added. “It was family oriented. Some families don’t have the opportunity to sit together at dinner and eat.”

Franklin now resides in his Hollis, Queens home until he is called to serve his next deployment in the big station house in the sky.