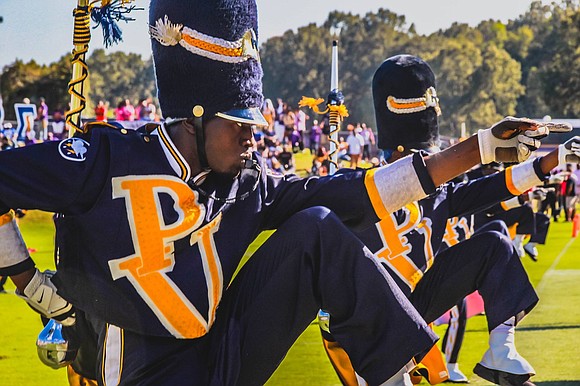 The Prairie View A&M University (PVAMU) Marching Storm is headed to the Big Apple for the 2017 Macy’s Thanksgiving Day Parade representing the State of Texas.

This will mark the first appearance of the PVAMU marching band at the parade. The band was selected from 175 applicants as one of 10 bands to march in this year's parade.

”We are thrilled to have this opportunity to showcase our band and represent the State of Texas at the Macy’s Thanksgiving Day Parade in 2017," said band director Dr. Timmey Zachery. "Our students and band staff are excited that we will get to perform for a national – even international- audience. They have worked hard all year and this is certainly a culminating event to a great year for our program."

The Marching Storm spent the last 18 months planning for their parade appearance with rehearsals and fundraising events.

The 91st Annual Macy's Thanksgiving Day Parade is set to take place on Thanksgiving Day starting at 9 a.m. from 77th Street and Central Park West. The procession will march to Columbus Circle, turn onto Central Park South and march down 6th Avenue/Avenue of the Americas. At 34th Street, the Parade will make its final turn west and end at 7th Avenue in front of Macy’s Herald Square.

The parade can also be seen on NBC 4.