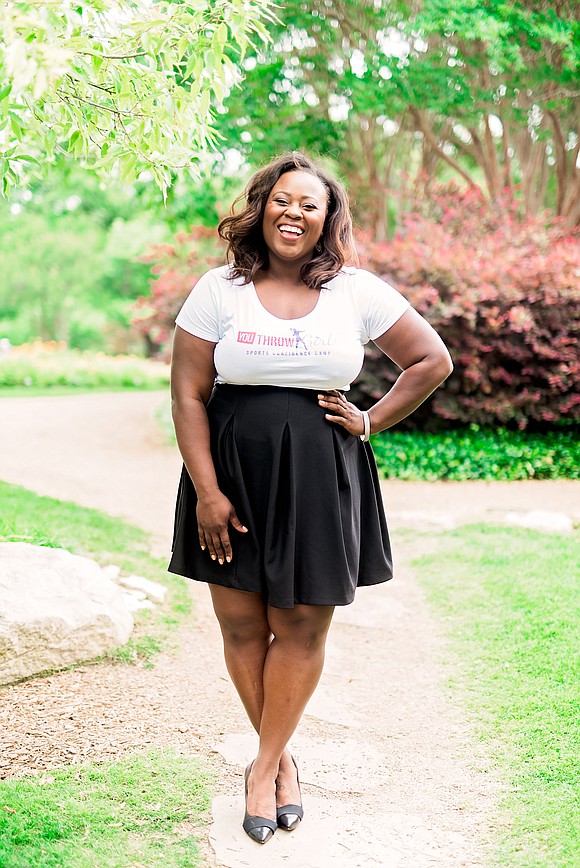 Michelle Carter gave her girls’ camps an apt name, You Throw Girl! Her goal is to get girls and women to love themselves and understand all bodies aren’t the same. In the summer of 2016, Carter made history at the Olympic Games in Rio when she became the first female American shot putter to win Olympic gold.

“I was so grateful,” said Carter, 32, a member of the historic New York Athletic Club. “I’ve been throwing for 20 years. … It could have been anyone that day, and it was me.”

Being a role model has been amazing for Carter, who dubbed herself the “shot diva.” Focused on training, she didn’t fully see how other people saw her until after the Olympics, when girls and women reached out.

“It helped them realize they have what it takes to accomplish their goals and their dreams,” Carter said. She encourages girls and women to embrace their body types. The shot put requires discipline, strength, explosive power and patience.

“I like figuring out how I can make myself better every single time,” said Carter, who won a bronze medal at this year’s World Championships.

Last Thursday, Carter was in New York City for the USATF Hall of Fame Black Tie & Sneakers Gala at the Armory Track & Field Center. In addition to being a celebration of the sport, it was a fundraiser for the elite athletes’ mentorship program, which helps athletes transition to life after competitive track. She adeptly interviewed her fellow athletes on the red carpet.

Whereas some athletes don’t understand how to transfer their skills to life after sport, Carter is already developing projects. Her plan is to compete at least through 2021, but while still training she’s an entrepreneur and motivational speaker. She has her You Throw Girl Sports Confidence Camp, which debuted this year. Jewelry (I Can necklaces are already available) and makeup lines are also in development.

“It’s a vulnerable time for girls when they’re trying to figure out what they’re going to do in life,” Carter said. “[I tell them], ‘Your body is amazing. Let’s figure out and make the best of what we already have.’ We also involve the parents on how to support their female athletes—encourage them, build them up and get them ready. … We encourage the parents to be healthy and active with their kids.”