Harlem’s poet laureate, George Edward Tait, is with the ancestors 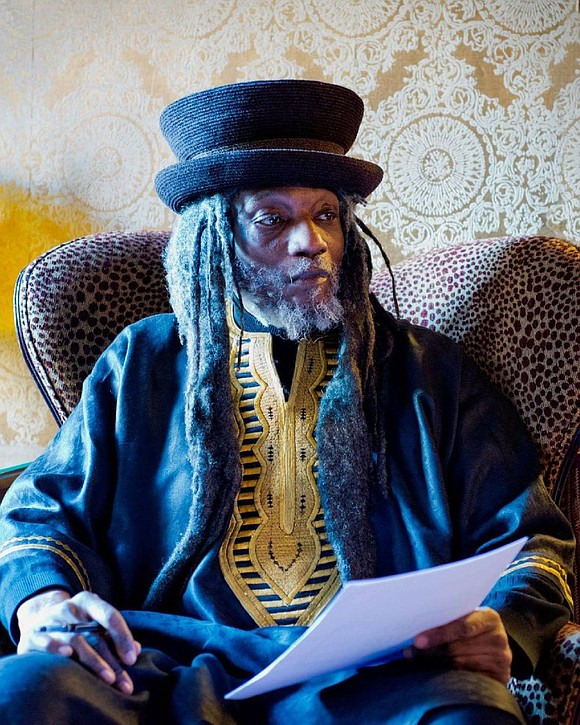 Among the last emails George Edward Tait sent to his friends and comrades were his “Occult Observations on the Months of January and February.” Included in his numerology, which was just one of the remarkable facets of his being, was this paragraph about his association with this paper. “At the time, I was freelancing for the New York Amsterdam News,” he wrote. “And after sharing my revelation with members of the editorial staff, I was informed by Elinor Tatum, then assistant to the editor-in-chief, that her birthday was Jan. 29.  Reeling, I then remembered that Abiola Sinclair, who wrote the magnificent “Media Watch” column for the New York Amsterdam News was born on Jan. 22.”

Tait continued, “Leaving the editorial department in a delightful daze. I descended the staircase to the administrative offices. There, I shared the information with Selwyn Michael, AmNews vice-president and comptroller.  He then informed me that he was born on Jan. 14. Not long afterward, Elinor Tatum became the new editor-in-chief.  Since she was born in January, the pattern continued.”

Along with his phenomenal gift for words, music and metaphysics, Tait had an incredible memory for people’s birthdates, and many of those he cherished were often rewarded with this recognition. Many of us will miss those greetings because Tait joined the ancestors in Georgia, Sunday, Nov. 5, and that will be a date we will remember.

In another email not too long ago, he thanked all those who participated in a tribute to him at Clarke House, where writers, poets, activists, educators and the kind of ordinary folks he celebrated paid homage to one they deemed “the poet laureate of Harlem.”

Brother Dr. James McIntosh, a close associate of Tait’s, has been tireless in making the transition known in our community. “Brother George Edward Tait was born in Oakland and raised in Harlem. He graduated from Pace University in 1968 with a B.A. in English Language and Literature and a minor in French Language and Literature after being a member of the literary society and The Pace Press. From 1968-1972, he taught and tutored English at Queens College while conducting creative writing workshops.”

The email from Dr. McIntosh continued, “Defining music as the poetry of sound, Tait became a bandleader (and his instrument was the trumpet) and from 1972 to 1975 spearheaded a group called Black Massical Music. In 1975, Tait founded The Society of Afrikan Poets and produced a seven-year series of weekly poetry readings entitled ‘Black Words for a Wednesday Night,’ which ended in 1982. While teaching at Malcolm-King College (1981-1986), his first volume of poetry, ‘At War,’ was published in 1983, the same year he was named the Poet Laureate of Afrikan Nationalism by leaders of the nationalist community, a title he still holds 34 years later. Several of Tait’s poems and articles were published by the New York Amsterdam News between 1979 and 1991. During this period, another volume of poetry, ‘At Arms,’ was published in 1992 in addition to his work being included in the landmark anthology, ‘Brotherman: The Odyssey of Black Men in America’ (1995).”

Tait’s powerful poem, “I Am a Black Man,” opens the anthology, and continues, “An Afrikan Man/My history is that of humanity. My roots predate the calendar. Afrika is my home.” Along with this submission, his collection of poetry, “Swordsongs,” was published in 2013.

In these pages and elsewhere there are sure to be tributes and memories of Tait the historian, poet, musician, philosopher, teacher and indomitable cultural warrior, who was tireless in his combat against racism and oppression.

Along with an army of freedom fighters like himself, he leaves behind his wife Akosua and three sons: Damani, Sekou and Kamani.

We await funeral arrangements and the trumpet’s call.