Is the FBI's new focus on 'Black Identity Extremists' the new COINTELPRO? 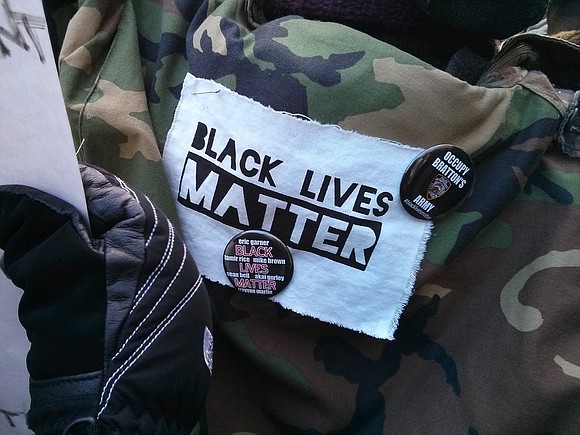 If you’ve been to a Black Lives Matter rally or tweeted the related hashtag recently, then the FBI might consider you a “Black Identity Extremist,” at least according to a report published by one of the nation’s top law enforcement agencies.

In October, an internal FBI report titled “Black Identity Extremists Likely Motivated to Target Law Enforcement Officers,” was leaked to the public—raising concerns of activists, civil rights groups, and policy makers, including myself and other members of the Congressional Black Caucus.

The report concludes, based on a limited total number of incidents, that:

“…it is very likely Black Identity Extremist (BIE) perceptions of police brutality against African Americans spurred an increase in premeditated, retaliatory lethal violence against law enforcement and will very likely serve as justification for such violence. The FBI assess[es] it is very likely this increase began following the 9 August 2014 shooting of Michael Brown in Ferguson, Missouri, and the subsequent Grand Jury November 2014 declination to indict the police officers involved.”

These unsubstantiated conclusions are troubling, especially in the context of the FBI’s history of targeting African American activists and leaders, including Martin Luther King, Jr., and members of the Congressional Black Caucus. But what is more troubling is the FBI’s creation of the term “Black Identity Extremist” and the definition of it.

According to the report, Black Identity Extremists are individuals who, “in response to perceived racism and injustice,” commit violent acts in the name of those beliefs, and, in some cases, desire a “separate Black homeland…social institutions, communities, or governing organizations within the United States.”

The report continues: “The mere advocacy of political or social positions, political activism, use of strong rhetoric, or generalized philosophic embrace of violent tactics ‘may not’ (emphasis mine) constitute extremism, and may be constitutionally protected.”

I think the words “may not” leave people who organize under the Black Lives Matter movement and other well-meaning African American activist groups vulnerable to the type of monitoring and manipulation that the FBI engaged in as part of COINTELPRO, a counter intelligence program that unfairly and, in some cases, unlawfully destroyed movements, careers, relationships, and lives.

I’m also concerned about the FBI’s definition of “extremism.” The question becomes: What does the FBI consider extreme? The report never provides an answer to that question and further complicates the issue on page 4 in talking about the case of Micah Johnson, the African American man who shot 11 police officers in downtown Dallas, Texas, on July 7, 2016:

“Johnson searched and liked social media pages of BIE and Black separatist groups, and had been ousted from a local BIE group for being too radical, according to an open source news article.”

I agree that Johnson was an extremist, but here are some questions I have: What group kicked him out? Was it Black Lives Matter, a non-extremist group? Does the FBI consider this group representative of extremism? If so, then its definition of Black Identity Extremists is extreme and ineffective. Also, what does the FBI mean by “perceived racism and injustice” and “perceived past police brutality incidents?” Does the FBI believe racism, injustice, and police brutality don’t exist?