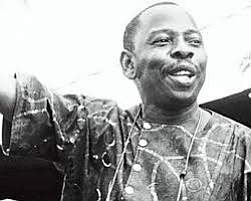 (GIN)—Some 22 years have passed since nine environmental activists were executed by the Nigerian government for what their lawyer called “asking inconvenient questions.”

The nine were leaders of the Ogoni peoples of Nigeria who led protests against the devastation of their ancestral lands by multinational oil corporations. On Nov. 10, 1994, after a secret military trial, all nine were sentenced to death, and their execution by hanging was quickly carried out despite a worldwide campaign to save their lives.

U.K. Prime Minister John Major described the sequence of events as “a fraudulent trial, a bad verdict, an unjust sentence. It has now been followed by judicial murder.”

Among the nine was the renowned poet and outspoken critic of the Nigerian government, Ken Saro-Wiwa. His government-sanctioned murder drew lawsuits from the Center for Constitutional Rights and EarthRights International, among others, against Royal Dutch Shell for their role in persecuting the Ogonis. An out-of-court settlement of $15.5 million was agreed to in 2009 just before the trial.

Shell operated in Ogoniland from 1958 to 1993, ceasing production in the face of public protests. Although no longer actively operating, Shell’s equipment has yet to be fully decommissioned and dismantled. Shell’s own data from 1997 to 2006 indicates approximately 250 oil spills per year in the Niger Delta.

It will take 25 to 30 years to treat and clean up the environmental damage in Ogoniland, according to the United Nations Environmental Program.

Now, the Movement for the Survival of Ogoni People has urged the government of Muhammadu Buhari to initiate the process of honoring the nine martyrs.

During a memorial lecture to mark the 22nd Ogoni Martyrs Day Commemoration, the president of MOSOP, Legborsi Pyagbara, warned that the process of national healing and reconciliation would not be complete until the Nigerian government clears the Ogoni nine.

Pyagbara noted that prior efforts by MOSOP to get the federal government to exonerate the nine Ogoni victims had been unsuccessful.

“By formally clearing the names of the Ogoni nine and establishing a national monument in their honor and memory, the Nigerian government will consummate the process of national healing and reconciliation with Ogoni people,” he declared.

Meanwhile, a memorial bus dedicated to Saro-Wiwa and fellow Ogonis by a U.K.-based Nigerian artist remains in limbo since being denied entry by Nigeria. Customs authorities claimed it represented “a threat to national peace.”