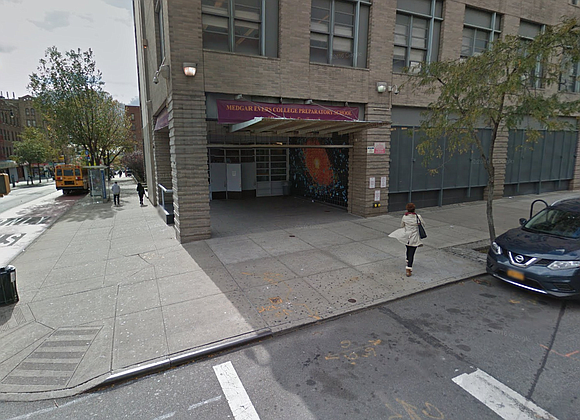 Elected officials, students and parents stormed the front steps of the Department of Education Tuesday afternoon with fury as they voiced their opposition to the department’s imposed changes planned for the Medgar Evers College Preparatory School and P.S. 235 in Brooklyn.

The DOE recently made a decision to alter the admissions process and academic programs of the two high-performing schools without the consultation of students, parents and local officials. The department plans to integrate the school’s curriculum as a service to low-performing students, students with disabilities and students of incarcerated parents. However, the community’s reaction is not in backlash to the DOE’s efforts in servicing the needs of all children, but their complete disregard for those affected.

New York State Sen. Jesse Hamilton called the DOE’s handling of the situation and failure to properly address the issues with the community a “failure in outreach.”

The Rev. Kevin McCall of the National Action Network called out the DOE on their shameful acts toward the education system, the neighboring communities and the legacy of Medgar Evers.

“Medgar Evers is spinning in his grave because of the hypocrisy, the gentrification and all of the things that have transpired because of what they’re trying to do with this school,” said McCall. “This is a foundational school. This is a landmark school. We should not be talking about—in the 21st century in 2017—taking away schools from the Black and Brown community.”

McCall, an alumnus of MECPS, credits the school for the person he is today. The school has positively affected the lives of so many others, especially minority students, and would be a huge loss for the community if it were to be taken away.

McCall also took the time to address the mayor’s role in this ordeal. He and parents of the community don’t understand why the mayor wouldn’t want more schools such as MECPS around.

“Last week we gave the mayor of this city an opportunity for four more years, and this is our thanks, Mr. Mayor?” asked McCall. “This is your thanks to the educational system, to neglect the students of the Crown Heights, Brownsville, East Flatbush and Flatbush community? This is the thanks that you’re giving us?”

In an open letter to the mayor, one mother wrote why she chose to send her son to MECPS and how the mayor should try to replicate the school’s success across the city instead of harming it.

“I chose Medgar Evers for my son because the school is a beacon for families like ours,” wrote Charisse Smith. “It’s one of the only high-performing schools in the city where 99 percent of students are minority. The student body is 88 percent African-American, 71 percent are from low-income families and test scores are off the charts, with 84 percent of the student body taking at least a few of the over 22 AP classes that are offered.”

Smith also wrote that the rigorous admissions policy is a result of the rigorous academics that push their children to new limits. The school provides courses that many other schools do not and can allow students to earn an associate degree before they graduate high school. The school’s devotion to its students sets them on the right path for a successful middle and high school career and is a gateway to strong college opportunities.