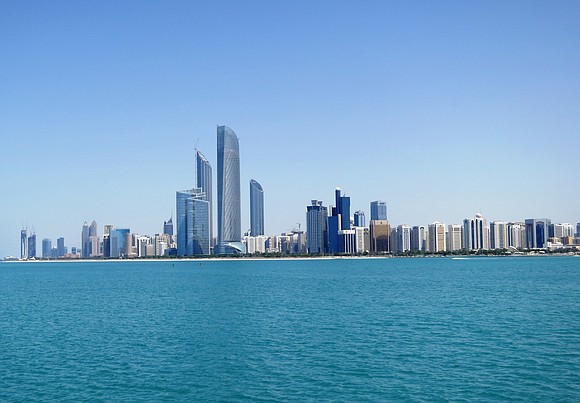 Abu Dhabi, UAE—Dampening the good news from Abu Dhabi about the recent opening of its new Louvre museum, which has already shown signs of boosting tourism and momentarily subsuming its reputation as a mall heaven, is the terrible news that an earthquake on the border of Iran and Iraq Sunday has left more than 400 fatalities, with more expected.

The pendulum of good news and bad news is typical in the Middle East, or should we say Muddled East? It’s certainly a marvelous sign to see the growth and development here in the United Arab Emirates, especially in Abu Dhabi and Dubai, where every other skyscraper is topped with a crane. On the other hand, the possibility of conflict increases with each passing day.

All the positive developments could be obscured, if not destroyed, if the tension brewing between Iran and Saudi Arabia, the blockading of Qatar, missiles from Yemen and ongoing turmoil in Syria continue unabated. Consider these latest events: More than 200 Saudi notables are arrested, among them Prince Alwaleed bin Talal, one of the world’s richest men, and Saudi Arabia has warned both the Houthi rebels of Yemen and Hezbollah of Lebanon to cease their military aggression in the region.

Perhaps nearest the breaking point is the showdown between Iran and Saudi Arabia, and at the center of their dispute is the activity of the Houthis in Yemen and Hezbollah in Lebanon, both viewed as proxies of Iran by the Saudis.

Exacerbating the external issues between Lebanon and the Saudi government are the countries’ internal difficulties, which cannot be ignored in the context of their mounting differences. The arrest of many significant individuals in Saudi Arabia by Crown Prince Mohammed bin Salman, accusing them of embezzlement and corruption, was apparently a move to consolidate his power in the government. Equally perplexing in the complex Middle East political realm is the resignation of Saad Hariri, prime minister of Lebanon.

With the Crown Prince fortifying his position in Saudi Arabia and if with the resignation of Lebanon’s leader, Hezbollah is in control, we have a dangerous prescription for another firestorm. Such an outbreak appeared all the more precipitous with the recent announcement by the Saudi government asking all of their citizens to leave Lebanon.

“We will treat the government of Lebanon as a government declaring war on Saudi Arabia,” Thamer Al Sabhan, the Saudi minister of state for Arab Gulf affairs, told the newspaper The National clearly intensifying the heated rhetoric.

Several other pundits believe that war is not imminent and that the current standoffs are nothing more than the usual hostility that will soon blow over.

Given the importance of the Middle East in global affairs, the U.S. has kept close watch and Congress recently took steps to impose sanctions on Iran for the role of its proxies in Iraq. And there is little doubt that the Saudis are emboldened, knowing the Trump administration backs them in whatever move they make.

Although there was the good news that ISIL had pulled out of its last stronghold in Syria, the battles there are far from over.

Indeed, the muddled Middle East remains on the brink of war, but it’s good to know that much of the troubled past is frozen and available to be viewed at the Louvre in Abu Dhabi.