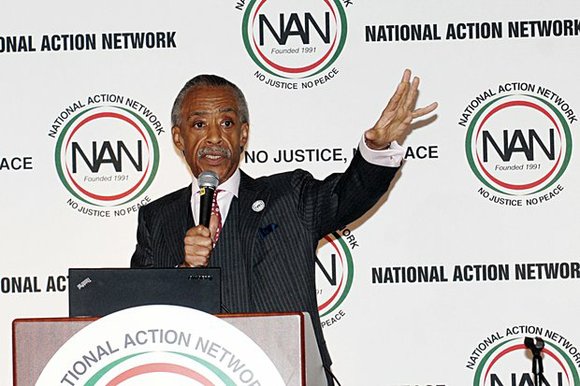 The Board Chair of National Action Network (NAN), Rev. Dr. W. Franklyn Richardson, has asked NAN Founder Rev. Al Sharpton to delay his plans to step down as President of NAN in 2019 upon his 65th birthday.

Rev. Sharpton told board members last year that he wanted to focus on his radio and TV platforms, completing two documentaries and concentrate on his long standing dream of building a civil rights museum in Harlem.

Rev. Dr. Richardson noted that this was before November’s election and dramatic national policy changes, adding that, “in the wake of strict voting laws, gerrymandering and voter suppression prevalent and being reinforced, we cannot afford for our most potent and recognizable voice to move from his infrastructural base until we get past the 2020 national election.”

Sharpton will meet with the board on December 19 to give his decision. He had previously intended to announce a succession plan at NAN’s April 2018 Conference, to take effect in late 2019. In preparation, the National Action Network had cleared up all financial impediments and had moved towards approving a retirement plan for Sharpton. He had not taken a salary from NAN for a majority of his tenure, and no retirement plan had been set aside by the organization for him in 26 years.

NAN’s board began dealing with these issues as reflected in NAN’s 2016 990, which is released below with a statement from NAN’s General Counsel & Executive Vice-President, Michael A. Hardy:

“Over the past 25 years, Rev. Al Sharpton, President, CEO & Founder of National Action Network, periodically declined full compensation to ensure that the organization had sufficient operating funds to fulfill its payroll obligations and maintain ongoing operations. During this time period, Rev. Sharpton also loaned significant sums of money to the organization as part of his effort to always ensure the operations of the organization.

The Board of Directors & its Executive Committee recognizes that the organization received the services of Rev. Sharpton without fully compensating for his agreed upon salary. Additionally, the Board recognizes that it never offered any retirement or benefit packages to Rev. Sharpton with the exception of his participation in NAN’s health care plan. This is in contrast to most Peer Organizations that do offer retirement or benefit packages. As a result, the Board/Executive Committee has authorized additional compensation in 2016 to the President & CEO for compensation that was declined or not fully compensated.

One of NAN’s Board members made a special donation of $250,000 to assist with the organization’s overall compensation needs. In 2016, the Board/Executive committee approved and paid the President & CEO, a one-time bonus of $437,555, which was included on his W-2 in addition to his base salary of $250,000.

The organization had the executive compensation company Total Compensation Solutions perform peer studies and comparable analysis. From 2007 through 2016, Rev. Sharpton received an average total cash compensation of $287,543 per annum for services to the National Action Network. During that same period, peer organizations paid comparable positions (President & CEO) an average total cash compensation of $283,074. Rev. Sharpton’s pay during that period is within the competitive range of NAN’s peers.”