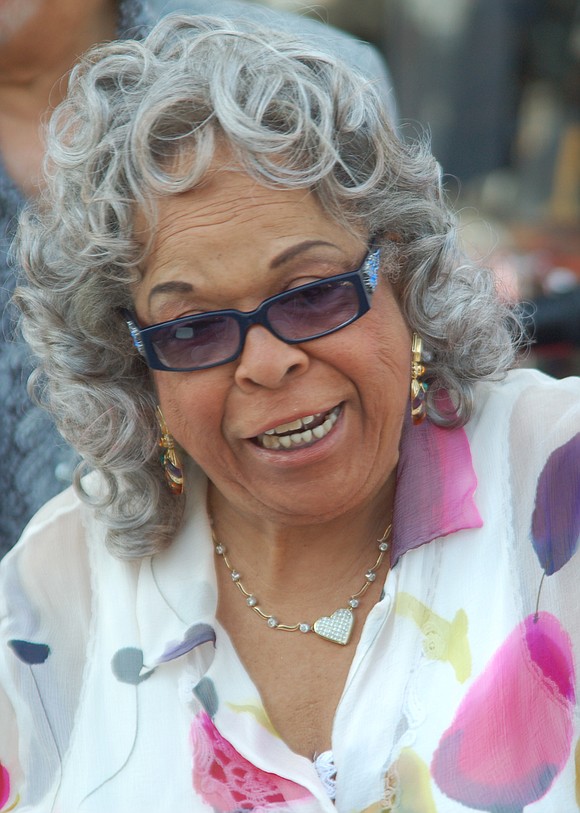 Della Reese’s voice rose to an operatic crescendo on “Don’t You Know,” a recording that earned her national recognition in the late 1950s, but it was her gospel-blues tinged voice that was most enduring for her fans who heard her at the Flame Show Bar in Detroit. Whatever version of that voice you favored, it was stilled Sunday evening (Nov. 19) in Encino, Calif. She was 86.

Reese’s early forte was as a vocalist, but it was for her television performances, particularly as Tess on “Touched by an Angel,” that she likely will be most remembered.

In an exclusive statement to People magazine, her co-star on that show, Roma Downey, confirmed her death. “Through her life and work she touched and inspired the lives of millions of people,” Downey said.

“She was a mother to me,” she added, “and I had the privilege of working with her side by side for many years…I know heaven has a brand-new angel this day.”

It may have been her portrayal as an angel that brought her lasting fame, but it was her angelic voice that made such a passage possible. And that voice was evident at a very early age when she sang in a church choir in the city’s legendary Black Bottom.

Born Delloreese Patricia Early July 6, 1931, in Detroit, she was still a teenager when the great gospel singer Mahalia Jackson chose her as a member of her traveling tour.

A few years later, Reese formed her own group, the Meditation Singers, and this allowed her to expand her musical gifts, including a deeper interest in blues and jazz, influenced by such notables as Billie Holiday, Ella Fitzgerald and Sarah Vaughan. In 1953, she signed with Jubilee Records and released a half dozen jazz-related songs.

She hit pay-dirt with her rendition of “And That Reminds Me” in 1957. There was even greater exposure and acclaim with “Don’t You Know,” adapted from an aria in Puccini’s “La Boheme,” and it soared to No. 2 in 1959 on Billboard’s singles chart.

There followed other recordings, and by the late 1960s she advanced beyond the nightclubs with a number of television shows. As an actress there were cameo appearances on such popular shows as “The Love Boat,” “Sanford and Son” and “The Young and the Restless.”

In 1969, she hosted her own show, “Della,” and a few months later became the first African-American woman to co-host “The Tonight Show” with Johnny Carson. She suffered a brain aneurysm after an appearance on Carson’s show in 1979.

This illness may have been a renewed spiritual awakening and prompted her ministry in the Christian New Thought Church and its Unity branch. Subsequently, she founded her own church, Understanding Principles for Better Living or Up Church.

As an ordained minister, she was perfectly poised to be a supervising angel in the CBS series “Touched by an Angel,” where she would co-star for nearly a decade. The role endeared her with fans and provided her an even larger prominence in the world of entertainment.

Later in life Reese struggled with health problems, including a long battle with diabetes. In 2014, after an appearance on the television show “Signed, Sealed, Delivered,” she retired from acting.


Along with millions of fans, Reese leaves behind children James, Franklin and Dominique, as well as husband Franklin Lett. She was predeceased by daughter Deloreese.