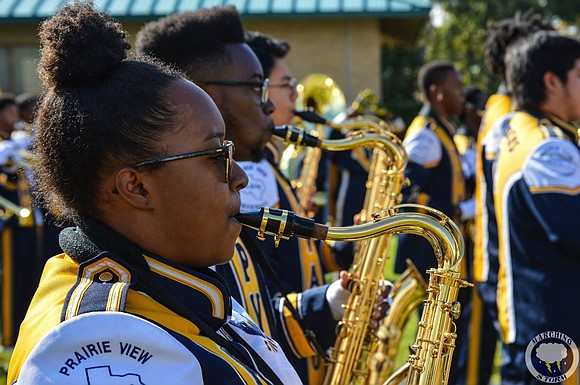 The Prairie View A&M University Marching Storm band arrived to the city Monday ahead of their performance at the 91st Macy's Thanksgiving Day Parade set for Thursday. The ensemble is only historically Black college marching band participating in this year's parade.

Members and staff are staying in Jersey City for the duration of the trip. Before the big performance, band members will get the chance to take in the city over the next couple of days.

Activities include a dinner cruise around Manhattan, Rockefeller Center, the Radio City Christmas Spectacular, a bus tour Manhattan and the Statue of Liberty and Ellis Island.

Band members will get up early Thursday morning for a rehearsal before the parade. The PVAMU Marching Storm will perform for the national audience during a one minute and 15-second show in front of Macy’s flagship store on 34th Street. The 91st Macy’s Thanksgiving Day Parade is set to take place on Thanksgiving Day starting at 9 a.m. from 77th Street and Central Park West. The procession will march to Columbus Circle, turn onto Central Park South and march down Sixth Avenue/Avenue of the Americas.