The Brooklyn Nets must find other reasons to give thanks 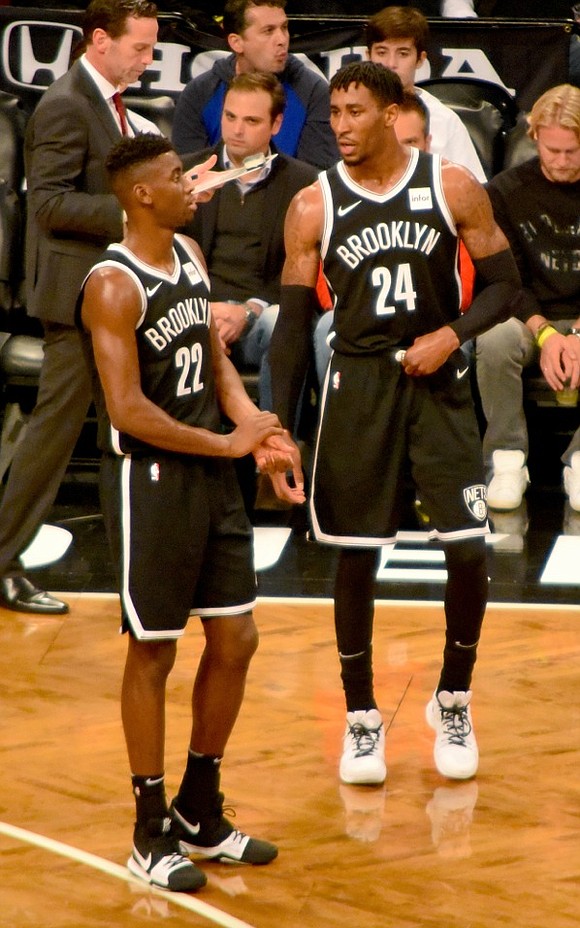 There is no thanks or pats on the back right now from the Brooklyn Nets for those who construct their regular season NBA schedule. A five-game west coast road trip this month ended last week as the Nets were returning home to play the Boston Celtics, the top team in the Eastern Conference; the Golden State Warriors, the top team in the west with Kevin Durant and Stephen Curry, the defending NBA champions; and LeBron James and the Cleveland Cavaliers last night (Wednesday) in Cleveland, last season’s Eastern Conference champs. Cleveland started this season off struggling but has begun to find their way in the win column.

So what does Brooklyn have to give thanks for besides their health and rich pro contracts? A 118-107 home win against the Utah Jazz Friday night, amid the three power houses, an impressive second half of basketball, two quarters Sunday evening against Golden State, and today, Thanksgiving off.

Just two quarters? Golden State, without Kevin Durant because of a sprained left ankle, built a 12-point lead by the end of the first quarter, and a 22-point lead at halftime. The Warriors, the current rock stars of the NBA, selling out the league’s arenas, had some missteps with Durant on the bench, but were able to overcompensate for his absence.

“I really can’t explain what happened in the first half,” said Nets’ head coach Kenny Atkinson while describing his team’s spiritless first half play, their lack of energy. “I thought we were kind of frozen by the moment.”

Brooklyn was able to lower the Warrior lead to under 20 several times in the third quarter, getting it down to 14 at the end of three, 98-84.

Brooklyn was able to wipe the smugness off the faces of Steve Kerr and Mike Brown, the Warriors’ head coach and assistant, with a sky hook by rookie Jarret Allen with 6:41 left in the game, bringing Brooklyn to within 8 points, 104-96 and a Golden State timeout. Golden State brought in Curry, who finished the game with 39 points, back in with his five fouls. His sixth came on a charge down the lane, an offensive foul with three minutes left. No Durant. No Curry, but Klay Thompson’s jumpers kept Golden State ahead in the final minutes to close it out, 118-111.

“Brooklyn brought it and I give them credit. They set the tone,” said Kerr. “We had to withstand their run, and luckily we did.” Brooklyn was able to execute down the stretch with Curry on the bench.

“It was our resiliency, our grit, toughness, you know, getting to the ball, playing our game and having fun doing it,” said Nets forward Rodney Hollis-Jefferson. “The outcome wasn’t as we expected, but we got to give ourselves credit for that second half.”

Brooklyn gets a chance to capitalize on their second half performance tomorrow afternoon, again at Barclays against the Portland Trailblazers, before hitting the road for a game with the Memphis Grizzlies Sunday, the Houston Rockets Monday and the Dallas Mavericks Wednesday.