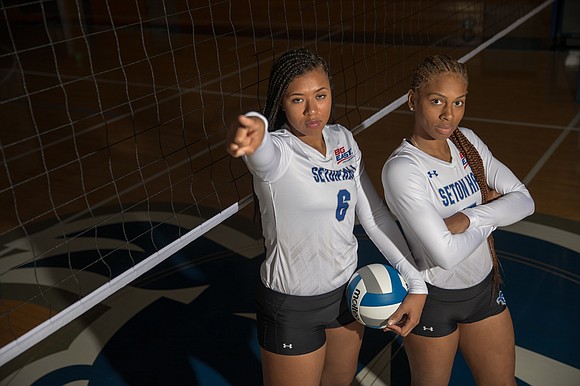 Collegiate women’s volleyball is a fall sport, and regular season is a wrap. For those teams with winning records, postseason is now in play. Conference tournaments are wrapping this weekend, and the first round of the NCAA Tournament will be announced Sunday night.

Princeton University won its Ivy League playoff match with Yale University in a 3–0 sweep and punched its second consecutive ticket to the NCAA Tournament. Junior middle blocker Nnenna Ibe played a big part in the win over Yale, with a kill that brought the Tigers to set point in the first set. After sophomore Natasha Skov’s kill secured the set, Princeton carried the momentum for the rest of the match.

Back-to-back losses in the final weekend of regular season play knocked Seton Hall University out of the Big East Tournament, which starts tomorrow. This marks the end of the collegiate careers of senior outside hitter Dominique Mason and graduate student right side Sharay Barnes. Although Barnes only joined the Pirates this season and Mason last year, both have been huge contributors and were celebrated on senior night.

Iona College made it to the finals of the MAAC Championship before falling to Fairfield University. Gaels players Mia Bonsignore and Emma Rose were named to the All-Championship team.

SUNY Stony Brook is also headed to the big dance, as the Seawolves swept the America East Championship with straight set wins over Albany and Binghamton. Junior middle blocker McKyla Brooks was outstanding and was named to the All-Championship team along with libero Kiani Kersetter and sophomore setter Leanne Sakowicz.