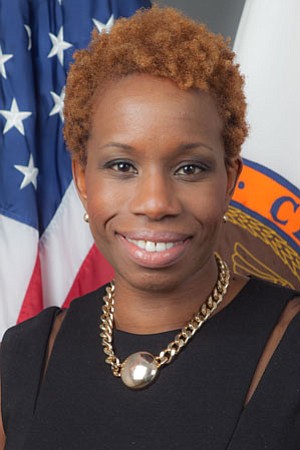 As the saga continues over revelations that the New York City Housing Authority lied about lead paint in thousands of apartments, tenants’ complaints about longtime issues are pouring in.  A Department of Investigations report revealed that over the past four years NYCHA failed to conduct lead paint safety inspections on 55,000 apartments. The agency also lied to the federal government about conducting the inspections.

Officials say that so far, four children have shown high levels of lead who were living in NYCHA apartments. More than 4,200 of NYCHA’s lead-based apartments have children under the age of six.

In a televised interview, NYCHA Chair and CEO Shola Olatoye said in 2012, under a different NYCHA administration, the U.S. Department of Housing and Urban Development told NYCHA to suspend annual inspections. Olatoye said the direction was misinterpreted.

“Inspections started again in 2014,” Olatoye said. “I did not understand at that time that even the restarting of those inspections to get into apartments every two years still fell short of the federal and the local obligation.”

She has since faced backlash and even calls for her to step down over the controversy. Olatoye said that she has no plans to leave.

“I am not planning to resign,” she said. “I serve at the pleasure of the mayor and as long as he has confidence in the work and the plan that I’m toward, I will continue to work for the one in 14 New Yorkers who call [NYCHA] home.”

Mayor Bill de Blasio weighed in on the situation this week, maintaining that he stands by Olatoye. Reports indicate that he knew about the lead paint issue for a year and a half.

“In retrospect, it would have been better to say, ‘Hey, we also need to go back and correct that record,’” de Blasio said. “But actions speak louder than words. Thank God, no lasting health impact that we can find at this point.”

Elected officials across the city have voiced their outrage over the DOI’s findings. Public Advocate Letitia James is one of many who are calling for a change in leadership at NYCHA.

“It has become clear to me that it is time for sweeping operational changes, independent monitoring and transparency at the City’s housing authority,” she said in a statement. “Most importantly, it’s time for new leadership and a fresh start at NYCHA. The circumstances surrounding the city’s failure to conduct lead inspections and the false reporting that followed are simply unacceptable.”

“The fact that NYCHA did not have protocols to ensure that the inspection did in fact take place and that there was no mechanism to record such occurrence of inspections and to verify the accuracy of the reporting to HUD is totally unacceptable,” they said. “The serious life-altering health hazards that are related to ingestion of lead include irreversible brain damage.”

“The findings of this report make it clear that NYCHA is in need of immediate reforms from the ground up,” said Torres, chair of the Council’s Committee on Public Housing. “The recommendations offered here can improve the quality of life for all residents and ensure that public safety is maintained at all developments.”

In a letter to Gov. Andrew Cuomo, Attorney General Eric Schneiderman and State Comptroller Thomas DiNapoli, Diaz called on the state government to appoint a monitor to oversee NYCHA.