Testing the city’s patience: the MTA wants your trust 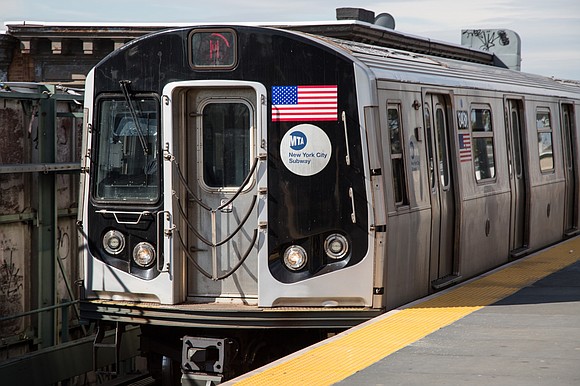 The short workweek, for many, began with multiple delays during morning rush hour. Signal problems, stalled trains and other inconveniences have forced straphangers to try and leave for work or school earlier than normal. And even then, it might not be good enough to combat the subway system’s current problems.

A representative for the Metropolitan Transit Authority said that the Subway Action Plan implemented at the end of July has paid off dividends for them and for the customers who use their service.

But those statistics don’t mean much to Riders Alliance Campaign Manager Rebecca Bailin.

Bailin’s group announced Monday the beginning of a campaign in which riders can address their frustrations with subway conditions. They’ve come up with a Subway Delay Action Kit (which you can request at www.CuomosMTA.com) that details how you can vent via social media whenever you’re trapped underground. Using recently installed Wi-Fi on the subway, riders can post on Twitter with the hashtags #CuomosMTA and #FixTheSubway aimed directly at New York State Gov. Andrew Cuomo’s Twitter page, so, in the words of one of the cards from the kit, “When you’re stuck, make sure the Gov knows!”

“We can’t ignore the fact that last week, the MTA’s own data showed there were 58,000 delays in September of this year during the workweek,” Bailin said. “That’s triple what it was in 2012.”

Bailin thanked the MTA for working on incremental improvements but puts the blames on Cuomo for not getting to the bottom of things.

“We appreciate the MTA experimenting with different ways of addressing some of these issues, but Gov. Cuomo still hasn’t addressed the root of the problem,” said Bailin. “There’s no real plan to upgrade the signal system or modernize the equipment.”

Peter Ajemian, a representative for the governor, said that Cuomo is committed to the MTA and that groups such as the Riders Alliance aren’t giving him his just due.

“After decades of disinvestment and disrepair, the governor has made an unprecedented commitment to the MTA by declaring a state of emergency, empaneling FIX NYC to identify a dedicated revenue stream and investing $8.4 billion—the largest state capital commitment in history,” stated Ajemian. “It’s clear these advocates care more about seeing their name in the paper than getting anything done.”

While the governor’s office tells citizens such as Bailin that they’re not paying attention, the MTA hopes that Andy Byford could prove to them that their concerns are being taken seriously. The agency announced Tuesday Byford’s appointment as president of New York City Transit. Leaving his five-year gig as the CEP of the Toronto Transit Commissions, Byford, who began his career in transit at the London Underground, arrives to the city with the goals of modernizing the subway system and updating signal issues.

“New York City’s public transit system has driven New York City to become the bustling, successful metropolis that it is, and it’s an honor to be trusted with the huge responsibility to modernize the system and bring it to the high levels of performance and customer service that New Yorkers truly deserve and rightfully expect,” said Byford in a statement.

Byford is the future of New York transit, but the present is still dire for many straphangers. Bailin said riders have come to her and her organization with their feelings on subway conditions and how those conditions have impacted their lives. She said many riders feel powerless in the tug-of-war between New York City Mayor Bill de Blasio and Cuomo.

“I think the thing we hear the most is that ‘I just feel so powerless on the train,’” said Bailin. “‘I’m losing wages and late to pick up my kid from baby-sitting. It’s embarrassing and frustrating.’” Bailin said their campaign will help people become activists and elevate their voices.

“Cuomo still needs to introduce a credible, progressive funding plan for the MTA that’s sustainable and modernize the MTA,” she asserted.