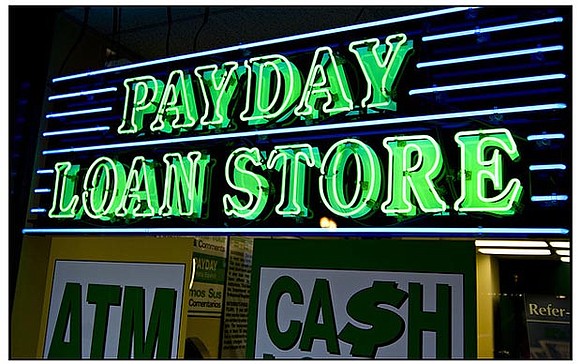 “If at first you don’t succeed, try, try again” is a well-known adage. In recent weeks, it seems that phrase could also be an apt description of the unrelenting efforts of predatory payday lenders to sell their wares.

Across the country, 15 states as well as in the District of Columbia, with varying geographies, economies and demographics have enacted strong rate cap limits. In each locale, these actions were taken to curb the harmful consequences of payday lenders’ 300 percent or higher interest rate loans.

When voters or legislatures approve rate caps, these lenders seek loopholes to evade state requirements. Changing products from payday to car title-loans is one way. Others pose as “loan brokers” or “mortgage lenders” to avoid regulation of payday lending. Even at the federal level and on the heels of a still-new rule by the Consumer Financial Protection Bureau (CFPB), payday lenders and their supporters are now pressing for legislation to continue and expand triple-digit lending on small-dollar loans.

The same deception that hides the real cost of predatory, consumer loans is reflected in the title of pending legislation in both the House of Representatives and in the Senate. The Protecting Consumers’ Access to Credit Act of 2017 (H.R. 3299 and S. 1624) would allow payday lenders, high-cost online lenders, and other predatory lenders to partner with banks to make loans that surpass existing state interest rate limits. This legislative scheme would legalize payday lenders to charge triple-digit interest rates, despite state laws banning them.

Some term this financial switch as innovation for “fintech,” a recently coined term that smacks of the 21st Century’s tech focus, but in everyday terms, these actions are a renewed effort for an old scheme known as “rent-a-bank.”

If the bill is enacted, states that have annually saved an estimated $2.2 billion each year by banning triple-digit interest would have to face the return of past debt trap lending. Additionally, and in 34 states where a $2,000, 2-year installment loan with interest higher than 36 percent is illegal today, would enable predatory lenders to charged unlimited rates on these longer-term loans.

One more item to note: these measures are advancing with bipartisan support.

Right now, both New York and Pennsylvania have rate caps that prevent triple-digit rate lending. It is therefore curious why bill co-sponsors would strip their own state law protections. In other home states of these legislators, payday loan interest rates are some of the highest in the country. For example, in Wisconsin the average payday interest rate is 574 percent; in Michigan, the average interest is 369 percent. This bill would expand this type of predatory lending in their states, rather than reining it in.