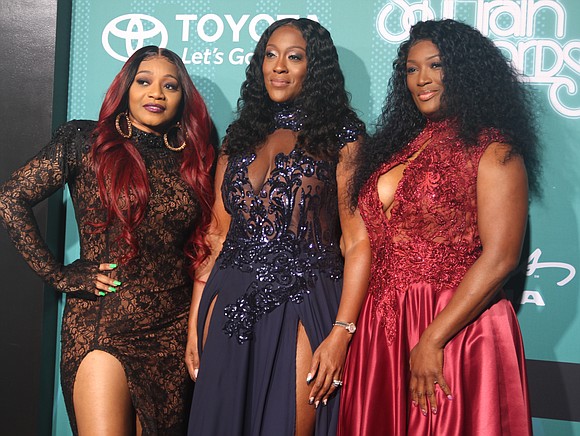 Hard to imagine, but the first Soul Train Award ceremony took place in 1987. We applauded the move because it was a strong statement. A clap back at a system that took our music for granted, a system that only acknowledged a portion of the musical genres that we as Blacks developed and far fewer of the artists who produced the material. Given time, this event will be on par in prestige and notoriety with any music award show. So as we sit 30 years later, we ask, “Have we fulfilled the promise?” While we ponder that, let’s recognize the winners of the 2017 Soul Train Awards.

Multiple winners were Bruno Mars and SZA. Mars got the prize in the Best R&B/Soul Male Artist, Video of the Year, Album/Mixtape of the Year, Song of the Year and Best Dance Performance categories.

Video of the Year: Bruno Mars—

Album/Mixtape of the Year:

Song of the Year: Bruno Mars—

Although not nominated for an award, one of the big winners proved to be hostess Erykah Badu. Opening the show, she set a tone that indicated it was a gathering that was bigger than music—by taking a knee. She said, “This is for Kap. Thank you for giving your life, giving up your dream because you believe in us.”

Later in the monologue she said, “This makes three in a row. So I guess this makes me the LeBron James of the Soul Train Awards.” She further explained what her rationale for hosting the show means in an interview with The Breakfast Club, where she said, “The opportunity to write, produce and to explore other parts of my art that I haven’t had the chance to do on any other stage.”

Judging from the art in which she gained her fame, it is safe to deduce that soul, hip-hop, R&B, gospel and funk will all find equal footing. That can also be interpreted as the show now has a sense of continuity. Aside from musical performances and handing out trophies, the show had a built-in moment. Since her inception as host she introduced the Soul Cypher, which has become the signature and most anticipated moment of the broadcast. This year the cypher included DJ Lo Down Loretta Brown, keyboardist Robert Glasper and, on vocals, Mali Music, Fantasia, Bilal and Faith Evans. All four handled their business, with Bilal’s “Blue Lights up ahead. Will I lose my life tonight or just get a ticket instead?” being the line of the night.

NYC, we get to see half of the participants of the Soul Cypher in performance at the Apollo Theater Wednesday, Dec. 13, as Mali Music shares the bill with headliner Fantasia. This show will be the second night in the area for Fantasia while she celebrates her latest project, “Christmas After Midnight.” The first appearance will be at the Highline Ballroom (431 W. 16th St.) Monday, Dec 11.