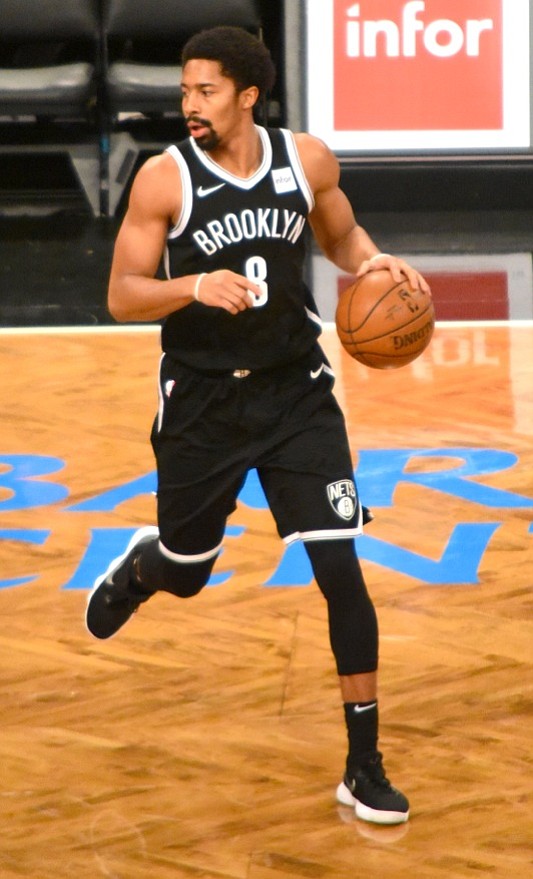 The change from November to December will bring some relief to the Brooklyn Nets, relief that they haven’t found these past four weeks. Brooklyn has been on the road for most of November, playing only 4 of their 13 scheduled games at home the Barclays Center on Flatbush and Atlantic, making way for New York Islander games, a college basketball tournament and Janet Jackson/JAY-Z concerts at their home arena. Adding to the pressures and discomforts of traveling were scheduled games with the NBA’s best teams: the Boston Celtics, the Golden State Warriors, the Cleveland Cavaliers and the Houston Rockets, all within a week of each other, and all Brooklyn losses.

Eight of Brooklyn’s upcoming 11 games scheduled in December before Christmas Eve, beginning Saturday against the Atlanta Hawks, will be at home. Seven of the 15 games on their December calendar, beginning Monday, also against the Hawks, are on the road. Brooklyn, third from the bottom in the Eastern Conference above the Hawks and the last place Chicago Bulls, coming off last night’s road game against the Dallas Mavericks, has only won one out of their last five games before their Texas visit, losing to the Warriors, Cleveland, the Portland Trailblazers and the Rockets on the road Monday night, 117-103. A more than modest outcome considering that the Nets had given up 43 points to the Rockets in the first quarter. Twenty of those points were scored by Harden. When he took a break with 1:28 left on the game clock, Harden had outscored Brooklyn all by himself, 20-17 with four assists. The score was 43-26 at the start of the second quarter.

“When they scored 43, it was like, we’ve got to do something different,” said Brooklyn’s head coach, Kenny Atkinson, who was seeking a way to interrupt Houston’s momentum and slow them down. Harden had been 5 for 5 from the 3-point line in the first quarter, and Paul was on his way to having 14 assist for the night, his season high. Atkinson’s solution? A zone defense, which worked somewhat. The change made it difficult for Harden and the Rockets to adjust.

“It kind of threw us for a loop,” said Harden. “We weren’t making shots. That zone kind of messed us up a little bit.” Houston had a difficult time adjusting. “They still scored a lot of points,” noted Atkinson, “but it helped slow them down.” It was the first time that Brooklyn applied a zone all season. “I’ve always thought about it, but I’ve never had the guts to try it,” Atkinson said.

DeMarre Carroll, who scored 24 points against the Memphis Grizzlies Sunday, a game high for Brooklyn, and Carroll’s season high, sat out the Rockets game because of an upper respiratory condition. Allen Crabbe also sat, again, because of lower back soreness. Isaiah Whitehead, Brooklyn’s second year guard who has been back and forth between the Nets and their G-League team, led all Net scorers with 24 points, matching his career high. He had rejoined the team Monday. “Hopefully, I’ll get more chances,” Whitehead said, staying ready to take advantage of any opportunity. Spencer Dinwiddie also stepped up with 14 points, Caris LeVert with 13 and Sean Kilpatrick with 12.

The Memphis game, a 98-88 Nets win, is noted as the game that might be responsible for getting Memphis head coach David Fizdale fired Monday. The second head coach to be fired so far this season. Earl Watson of the Phoenix Suns was first. With 82 games in a season, which started in October, teams are approaching their second quarter. Memphis was 7-12 when Fizdale was fired; Watson was 0-3.

Memphis’ loss to Brooklyn, 98-88, was their eighth straight. During the fourth quarter, Fizdale, now their former head coach, sat center Marc Gasol as Memphis made a last comeback attempt to win the game, causing conflict between he and Gasol, who currently leads the team in scoring, rebounds and assists. He had contributed 18 points Monday night. It’s believed that ownership sided with Gasol, ending Fizdale’s employment there. In his second season with the Grizzlies, it was Fizdale’s first NBA head coaching gig, leading the team to a 43-39 record in his first season, reaching the Western Conference playoffs. Fizdale spent 2008 through 2016 as an assistant coach with the Miami Heat, and had pro jobs with Golden State and the Atlanta Hawks before that. Fizdale began coaching in 1998 and is highly respected throughout the league.