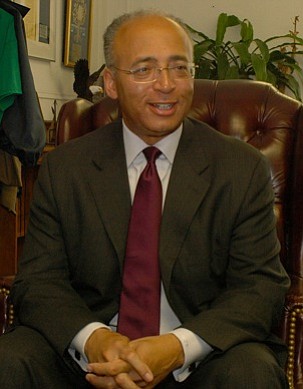 In a letter to the City University of New York’s Board of Trustees, the head of CUNY’s faculty union said if they want the best education for its students they need to offer competitive wages to faculty.

“Our salaries and working conditions must be made competitive with those at comparable universities,” wrote Bowen. “CUNY suffers, and our students suffer, when the University struggles to attract and retain the leading faculty and staff in their fields.”

“Decades of planned under-funding for CUNY by New York State and New York City have meant that CUNY salaries are no longer competitive, that CUNY relies on 14,000 teaching adjuncts paid at an obscenely low rate, and that working conditions actively undermine our ability to serve our students well,” the letter continued.

PSC-CUNY’s last contract came after six years of delays and offered a raise and back pay, but union leaders said when compared with other institutions, the faculty remains underpaid and it affects their ability to hire the best professors and academic staff available.

Bowen called for a 5 percent salary increase for every year of the contract and a minimum of $7,000 per three-credit course. She said the current payment of less than $3,500 per course “devalues” faculty’s labor.

“We call for protection of academic quality and scholarly integrity in the use of online teaching,” wrote Bowen. “We call for fair salaries for full-time staff and faculty at the lowest end of the salary scale and for graduate employees. And we call for material support for department chairs, who are expected to carry an ever-increasing workload while also being responsible for intellectual leadership in their fields.”

“The members of the PSC have been told for decades that there is not enough money to fund CUNY adequately or to fund fair contracts for the faculty and staff,” wrote Bowen. “We do not accept that position, even in the current fiscal and political climate. Funding for CUNY and our contract is a question of priorities. If access to a top-quality college education in New York State is truly a priority, then elected representatives must enact policies that secure and allocate the necessary funds.”