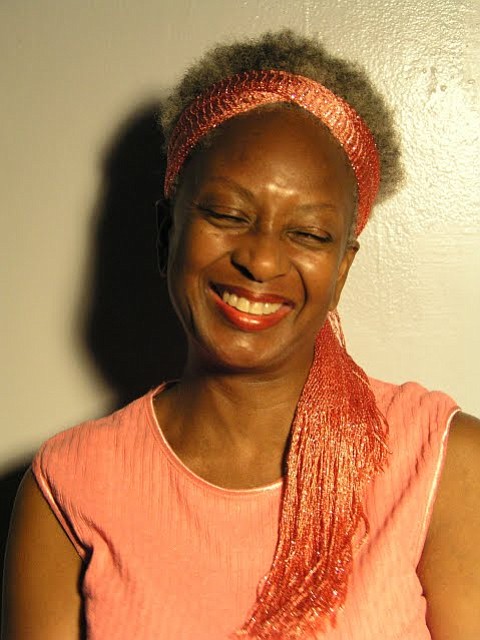 It’s an honor to have one’s work recognized by one’s peers. Of course, we heard that a lot during the recent Emmy Awards, but,

trite or not, it’s gratifying to see African-American artists recognized by their colleagues. Let’s face it, for far too long, too many artists of color could spend a lifetime struggling in the shadows, the value of their contributions unacknowledged. But, today, thanks to the spotlight on diversity, racism and its twin, benign neglect, the times might be a-changin’.

So, it was with joy and a glimmer of optimism that I recently congratulated Jawole Willa Jo Zollar, choreographer, dancer and founding artistic director of Urban Bush Women, and dance writer/blogger Eva Yaa Asantewaa, and interviewed them about the fact that they are to receive the 2017 NY Dance and Performance Awards, the Bessies. Zollar receives the Lifetime Achievement in Dance Award and Yaa Asantewaa receives an award for Outstanding Service to the Field of Dance at the 33rd annual Bessie Awards ceremony Monday, Oct. 9, at NYU’s Skirball Center for the Performing Arts.

“I was surprised and very excited,” Zollar said of the acknowledgement of her “groundbreaking role in dance” over the course of a career spanning 30-plus years and her “revolutionary insight into curating and her dedication to nurturing young dance artists.”

Zollar, who earned an MFA in dance from Florida State University where she currently teaches, recalled coming to New York in the 1980s to work with the seminal choreographer/dancer Dianne McIntyre back when her Sounds in Motion company was based in a second floor loft on the corner of 125th Street and Lennox Avenue

“That was back when no one was even thinking about Harlem, but it was a hub of creative activity,” Zollar said somewhat nostalgically. Then in 1984, Zollar founded Urban Bush Women and made her mark as the newest in a line of African-American female choreographer/dancers for whom dance was both creative expression and a catalyst for social awakening and change. Over the years, her critically acclaimed dance works, such as “Batty Moves,” “Shelter” and “HairStories,” have offered a thought-provoking challenge to prevailing notions of beauty, the dancing body and a host of compelling social issues. Zollar once wrote, “I wanted a company that brought forth the vulnerability, sassiness and bodaciousness of the women I experienced growing

up in Kansas City.”

Zollar has created some 34 works for UBW, plus a host of dances for others, including the Alvin Ailey American Dance Theater and Philadanco. Her work has not gone unnoticed. In 2006 “Walking With Pearl…Southern Diaries,” in honor of pioneer and social activist Pearl Primus, was the reason she received the NY Dance and Performance Award. In addition to being featured in the PBS documentary “Free to Dance” (for which I wrote the website), in 2005, the John F. Kennedy Center for the Performing Arts designated her a Master of African-American Choreography. In addition to teaching and performing, Zollar recently launched the UBW Summer Leadership Institute to mentor a new generation of female dancers and choreographers.