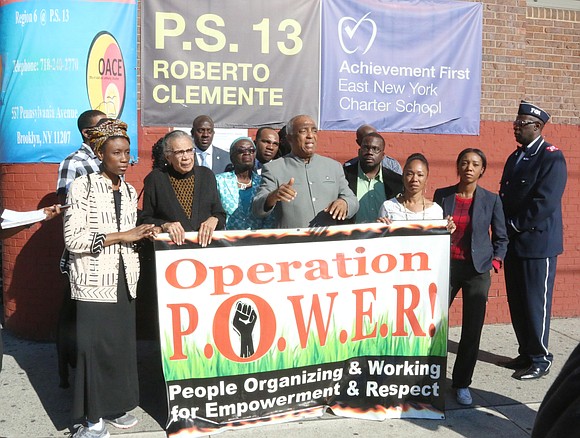 In a few weeks New Yorkers will hit the polls once again for the 2017 mayoral election with candidates that include Republican Assemblywoman Nicole Malliotakis and current Mayor Bill de Blasio. However, for de Blasio, local officials and community members are no longer playing nice when it comes to the demands of New York City residents.

Organizers have been holding several town hall meetings across the city, inviting the mayor to not only listen and understand the needs of the community but to produce results for the issues at hand. 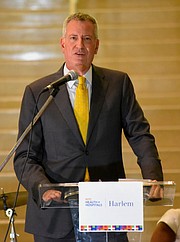 Last week at a town hall meeting at Gracie Mansion, the Reverend David Brawley and Grant Lindsay of East Brooklyn Congregations shared their proposal with the mayor. Their goal as stated in their proposal is to “build 15,000 new units of affordable senior housing on underutilized-NYCHA land or other city-owned vacant lots, and free up as many units in NYCHA to provide housing for up to 50,000 more individuals on the NYCHA waitlist or in shelters.”

They are striving to increase the wellness of NYCHA living for thousands of residents and ensure that de Blasio sticks to his promise of affordable housing, especially in Black and Latino neighborhoods.

“The mayor has spread too many city dollars and tax breaks to new developments that favor those with incomes of $52,000 or higher,” stated Brawley and Grant in a written op-ed piece for the Daily News.

According to Association for Neighborhood and Housing Development, “those earning $52,000 to $69,000 received nearly 50 percent of the housing units built or preserved by the current administration, while families earning less got 32 percent of the units.”

They believe their goal can be attained within four years, as they have seen many projects started and finished in record amounts of time—for example, the recent opening of Cornell Tech on Roosevelt Island which was spearheaded by former Mayor Michael Bloomberg and completed in just six years.

Brawley and Grant have no doubt that the mayor cares for the future of the city, but they want him to realize it’s time to take action on his word.

One duo not willing to host the mayor for any town halls are East New York Assemblyman Charles Barron and Councilwoman Inez Barron. At a news conference Oct. 1, the two blasted the mayor for his opportunist-like maneuvers in trying to host a town hall meeting in their neighborhood just weeks before an election.

“We believe it was disingenuous, self-serving and political opportunism for the mayor to request Council Member Inez Barron to host him at a town hall meeting a month before the general election,” said the Barrons in a joint statement.

The Barrons have been adamantly vocal about the needs of the East New York community and know that the mayor is well aware of them. They have consistently reiterated the need for economic and job creation programs, cultural and recreational facilities, support for community schools, hospitals and health clinics and funding for permanent affordable housing.

“We’ve already communicated to the mayor the needs of our community. We need the mayor to deliver and not give any more empty promises at a town hall meeting,” they stated.

A rally is scheduled for Monday, Oct. 9, at noon at City Hall where community activists and members will continue to call out de Blasio on taking action on city needs.