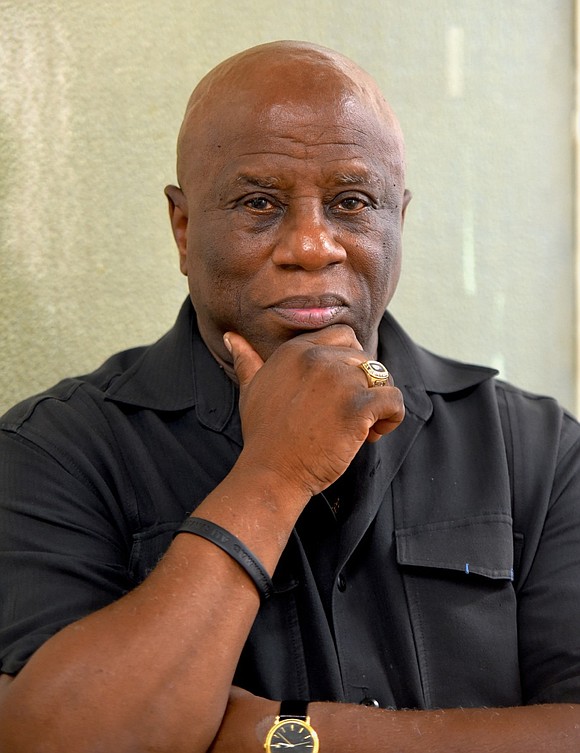 Melvin Alston serves as the Community and Fatherhood Outreach coordinator for the city’s Administration for Children’s Services. He works to make sure fathers have what they need to be the best parents to their children.

A 30-year veteran of the agency, Alston has extended his work outside of ACS. He also volunteers in the community and donates his time to make the lives of others better.

“It’s a tough job, but it’s often one of the most misunderstood jobs,” he said. “We really care about the children of New York.”

Along with his work with youth and fathers, Alston is also vice president of the Fred Samuels Democratic Club, where he’s been a member for 20 years. He conducts and assists in meetings and helps put together functions the club hosts in the community.

Alston is a member of Mount Pisgah Baptist Church, a Mason and a Vietnam War veteran with service of four years in the U.S. Navy.

While working for ACS, Alston recognized the need for children to have their fathers in their lives. He helped found Harlem Men Stand Up. The gathering was a series of forums once every quarter with services for men. Motivational speakers were also invited.

The ACS Fatherhood Initiative encourages all fathers and father figures to get involved. The initiative is a joint effort by city, state, federal and community organization to help fathers play a more active role in the lives of their children.

“One of the things that I saw was that fathers needed services,” he said. “I don’t view what I do as extraordinary. I’m doing what an aware person would do.”

Alston recently played a crucial role in the 11th Annual Dads Take Your Child to School Day event in Harlem. He said the idea originally came from Chicago’s Million Fathers March honoring men in the community.

“The Dad Take Your Child to School Day is about being more involved with children’s education,” Alston said. “We are using the school for more than one thing and we had over 100 dads come. It really is mind-blowing.”

Starting his own version, Alston also started the Responsible Fathers Coalition, which recognizes men who are doing the right thing in the community.

“We meet at the Harlem State Office Building and see what we can do as a collective to help empower men and getting them to be move involved,” he said.

A father and grandfather himself, Alston has two children, two stepchildren and two grandchildren. He has also served as a father figure to many in the community. He started with his work in the ACS mentorship program.

“A lot of our kids need advocates,” he said. “I got more out of the mentorship program than I could have out of my life.”