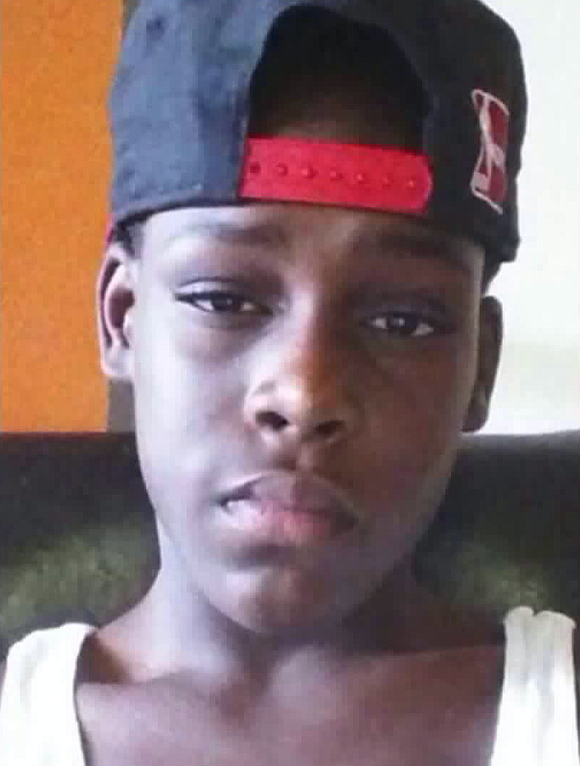 Louna Dennis continues to grieve as she prepares to bury her son Matthew McCree, who was fatally stabbed by another student at a Bronx high school. She is also on mission to clear her son’s name

“I just want justice for my son,” Dennis said in a television interview Tuesday. “My son loves everyone. He loved school.”

Dennis was scheduled to see her son’s killer, 18-year-old Abel Cedeno, in court Tuesday. However, he waived his appearance. He is being held without bail for the killing.

McCree, 15, was fatally stabbed by Cedeno last week at Urban Assembly School for Wildlife Conservation in East Tremont. Cedeno alleges that McCree and another student, 16-year-old Ariane Laboy, were bullying him by throwing pencils and paper at him. Witnesses have said, though, that McCree did not throw pencils, according to his mother.

Police say Cedeno whipped out at 3-inch switchblade he purchased online and stabbed the teens in their chests. McCree was killed and Laboy was left in critical condition.

The killing is the first in a New York City public school in nearly 25 years.

In several interviews, Cedeno said he “snapped” and didn’t mean to kill anyone. Police say that McCree and Laboy had not bullied or harassed Cedeno before.

“I’m putting all my confidence in this system that my son will get the justice that he deserves,” Dennis said. “While he did not show [up] today, he has to show. I have to see him eventually. I’m going to be at every court appearance. Justice for Matthew.”

McCree is being remembered as a kid who loved music and sports. He had dreams of going to Fordham University. His funeral is scheduled for Saturday, Oct. 14, at Castle Hill Funeral Parlor in the Bronx.

The stabbing is raising serious questions about safety in public schools. The stabbing took place at high school that shares a building with a middle school and an elementary school. There were no metal detectors at the school. They were installed the day after the stabbing.

Another knife was found by a janitor at the school, according to reports. The knife was discovered in the classroom and not related to last week’s stabbing. A student confessed to bringing the knife to school.

“This incident has also shined a spotlight on two major problems that face our school system,” said Bronx Borough President Ruben Diaz. “I have been a staunch opponent of age-inappropriate co-locations throughout my tenure as borough president. High school students should not be in the same building as kindergarteners, period.”

“I think it’s important for us to have an open dialogue about what we are doing and what we need to do going forward, and that’s why we called you here as parent leaders from all over the city,” de Blasio said. “We, in fact, have to recognize always that the speed of information is good for everyone.”