We are all Puerto Rican 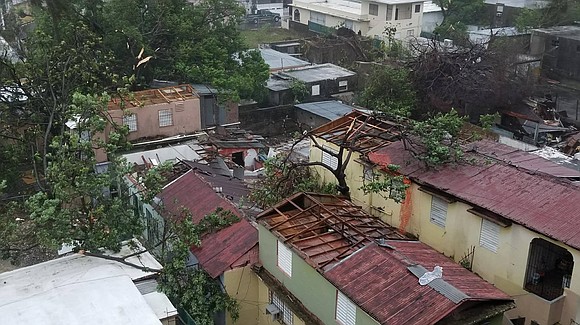 Last week I wrote about the need for all Americans to continue to uplift and support the U.S. Virgin Islands and Puerto Rico. By the time this article goes to print, the president will have made his first visit to the American territory of Puerto Rico some two weeks after Hurricane Maria’s devastation. Vast parts of the island are still without power, access to goods and services, inundated with water and looking to mainland America for financial assistance while also looking to our leaders in Washington, D.C., to send much needed federal aid (with no strings attached). Unfortunately, we have a white supremacist president at the helm who insists that the citizens of Puerto Rico—translation: citizens of America—“want everything done for them.”

Many months ago, candidate Trump asked Black Americans what they had to lose by voting for him. I think the last few months have shown Blacks, Latinos, Muslims, the LGBT community and so many groups living in America that we absolutely have everything to lose under his alleged leadership.

Carmen Yulin Cruz, the mayor of San Juan, Puerto Rico, has literally been wading through water to assist her fellow citizens. She has taken to the airwaves to bring awareness of the neglect and ineptitude of this administration, and has consistently tried to fight the needless red tape to get supplies currently stacked up at the Port of San Juan and San Juan Airport actually distributed to the people who need it. Famous and not famous private citizens have donated money, planes and supplies to aid our sisters and brothers less than 1,200 miles off the coast of Florida, which warms my heart. However, the role and duty of the U.S. government should not fall on the shoulders of private citizens. The generous donations made by the likes of J Lo, Beyoncé, Pitbull and Mark Cuban (to name just a few) do not come close to the amount needed to rebuild this island. And because of the status of American territory, Puerto Rico is unable to control its own financial destiny. To make matters worse, we have a GOP leadership who can only think about privatization and various ways to enrich themselves (and their families and friends) in these efforts.

It is clear the president does not know much about the island of Puerto Rico and spouts platitudes about the island being far away in the middle of “big water.” We must demand that Democratic leaders raise the issue of debt forgiveness. Puerto Ricans cannot vote for the presidency (only in presidential primaries). However, some residents will inevitably need to leave their beloved island. Once they settle in states across this country, I do hope they mobilize, register and vote to change the inept and callous representatives in D.C. Their time is coming.