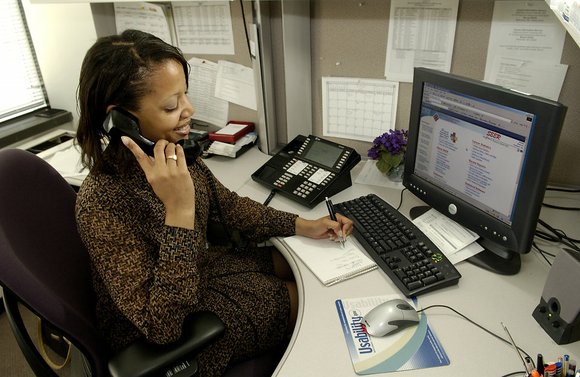 Ever since women have entered the workforce in large numbers, the problem of sexual harassment has gained a momentum of its own. Though women may be highly educated, have the requisite qualifications and work shoulder to shoulder with men, almost 60% are subjected to unwelcome sexually determined behavior by the opposite sex. Even women doctors are not exempt, and many are harassed by senior doctors, consultants, interns and male patients. In educational institutions, about 55% of students complain of harassment by teachers or fellow students. One cannot walk on the roads or travel by public transport without being harassed by bullies or eve teasers. Sexual harassment cuts across all socio-economic barriers.

Gender discrimination and role stereotypes are the reason for such behaviour. Some men feel that the biological roles of wife, mother and home maker are violated by women who step out of their homes for employment.

Women too have come out with extreme ideas of playing "super woman." Some aspects of Feminism make men feel distinctly uneasy and paranoid. They try to get even through sexual harassment. After all, they too are victims of stereotyping. Most men think that "good women" don't get sexually harassed. But "bad women" invite trouble by their behaviour and dress.

In the context of this rapidly changing socio-economic scenario, more women are likely to seek employment outside their homes. It is therefore time for society to remember that women are human beings too, and must be allowed the dignity of their rights.

What is sexual harassment?

Every woman is entitled to her own private space. When that space is violated by verbal, non verbal or physical forms of sexually suggestive behaviour, it amounts to harassment. This covers a range of behaviour starting from unwelcome comments about a person's body to sexual abuse and sexual assault. The harasser may be openly sexist in his remarks or present a veneer of respectability, but make sly passes or propositions when the victim is alone.

o Predators get their thrills by humiliating women either by innuendos, crank calls, eve teasing or phone sex. They make sexually coloured remarks or unwanted physical contact by pinching, pawing, kissing or groping.

o The most common type is the quid pro quo harassment in which sexual favours are expected in exchange for jobs, promotions, grades or recommendations. This is gross misuse of power by employers, teachers, politicians or film directors with 'casting couch' requirements.

o Some men establish a mentor-like relationship with the victim by pretending to offer professional or academic counseling. But soon their sexual intentions surface.

o Serial harassers are masters at the game. They strike in private so that there are no witnesses. It is just the victim's word against theirs.

o Harassment can be used as a revenge tactic if a person feels rejected or snubbed. These bullies make physical or verbal advances, use obscene language, crack vulgar jokes and create an unpleasant environment.

o There are stalkers who watch, follow, flash or bombard the victim with letters or e-mails.

o Many operate in groups, harassing women in buses, trains or on the roads by pulling their clothes, or touching their breasts or buttocks.

Psychologists are of the opinion that chronic sexual harassment has the same effect of rape or sexual assault. The message that harassers send out is that "You are a non-person. You don't matter. Therefore I am free to harass you."

How to deal with sexual harassment.

This is a punishable offence and each country has its own laws. Every woman should be aware of her rights under the law. Sexual harassment should be recognized and not ignored. The victim must put up resistance and show her distaste for such behaviour. She can have an open talk with her harasser and tell him to lay off.

This may lead to unpleasant repercussions especially if he is the boss. He may start picking faults with her work, send her memos, or withhold recommendations and make life miserable for her.

The victim should not give into self doubt and lose confidence in herself. By failing to challenge sexual harassment she can undermine her position. She should continue to go to work or college. But she should also document incidents of harassment, date, time, place and people involved and witnesses. She should make a complaint in writing with specific details, to whoever is in the supervising cadre.

It is good to talk to women who have been similarly harassed and form a mutually supportive group. There are many women's groups and NGOs who will take up the victim's cause if the management does not come to her help.

If harassment of a serious nature takes place in a public place, the matter should be brought to the attention of the police.

Responsibility of the employer.

Any woman who complains about sexual harassment must steel herself for a backlash. She risks hostility, isolation, denigration of character or even physical harm.

It must be society's aim and responsibility to eliminate sexual harassment at all levels and in all situations, to preserve the dignity of women.

Eva Bell is a doctor of Medicine and also a freelance writer of articles, short stories, children stories. Published in Indian magazines and newspapers, anthologies and also on the web. Author of two novels, one non-fiction, two children's books. Special interest- Travel and Women's Issues. www.evabell.net