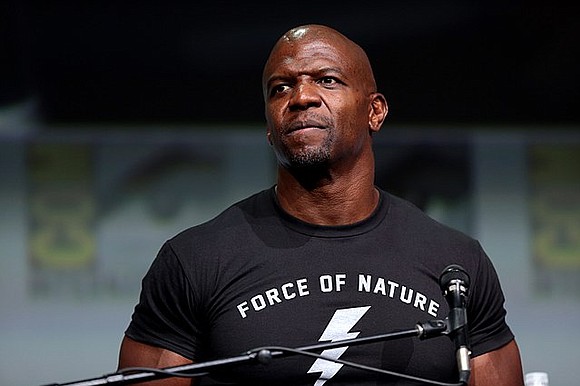 How does he know? "Because this kind of thing happened to ME," Crews said Tuesday.

As misconduct allegations mount against Weinstein, Crews became the latest celebrity to come forward with similar claims against another Hollywood executive. In sharing his story, Crews called attention to what he described as a power dynamic that keeps sexual assault survivors from challenging predators or coming forward.

Crews said his piece on Twitter, hours after an explosive New Yorker magazine story alleged that Weinstein had raped multiple women. The report included new allegations of harassment and other improper behavior. A spokeswoman for Weinstein denied the rape allegations in a statement to CNN. "Any allegations of non-consensual sex are unequivocally denied by Mr. Weinstein," the statement read. "Mr. Weinstein has further confirmed that there were never any acts of retaliation against any women for refusing his advances."

Crews -- known for his roles on "Everybody Hates Chris" and "Brooklyn Nine-Nine" -- did not name the "high level Hollywood executive" whom he accused of groping him at a Hollywood function in 2016. He thought about challenging him until he considered the possible headlines on the incident: "240 lbs. Black Man stomps out Hollywood Honcho," he surmised. "Only I probably wouldn't have been able to read it because I WOULD HAVE BEEN IN JAIL. So we left."

Crews said he talked to people who worked with the executive. The next day, the executive called Crews to apologize, "but never really explained why he did what he did," Crews said.

"I decided not to take it further because I didn't want to be ostracized -- par for the course when the predator has power and influence," he said on Twitter.

"I let it go. And I understand why many women who this happens to let it go," he continued, laying out the potential scenario:

"Who's going to believe you? Few.

"What are the repercussions? Many.

"Are you prepared to be ostracized? No."

Power imbalance has been a dominant line of the Weinstein scandal from day one. In the first article to detail allegations, an accuser cut to the core: "The balance of power is me: 0, Harvey Weinstein: 10."

In her account of harassment allegations against Weinstein, actor Gwyneth Paltrow said she feared the repercussions for her career if she were to speak out. After her then-boyfriend, Brad Pitt, confronted Weinstein, the Miramax producer warned her not to tell anyone else, she told the New York Times.

"I thought he was going to fire me," she said.

And, it's not just a problem in Hollywood, Crews pointed out. "But sometimes you have to wait and compare notes with others who've been victimized in order to gain a position of strength," he said.

"Hopefully, me coming forward with my story will deter a predator and encourage someone who feels hopeless."