How gentrification enforces the myth of Black inferiority 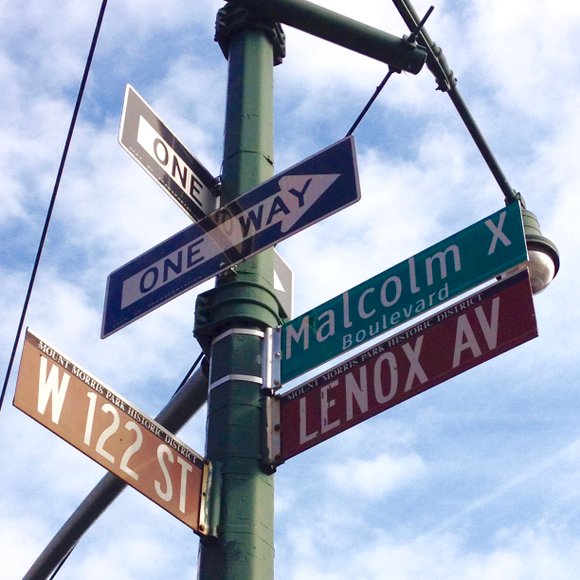 Across the United States, neighborhoods that were once historically Black are experiencing an influx of white residents. This phenomenon is known as gentrification, which Jackelyn Hwang and Robert J. Sampson define as “a process of middle- and upper-middle-class whites moving into poor, and often minority, neighborhoods,” in their article “Divergent Pathways of Gentrification: Racial Inequality and the Social Order of Renewal in Chicago Neighborhood.” On its face, gentrification may seem like a benign, even positive, force in these poor neighborhoods, but this essay will attempt to prove that it actually constitutes structural violence against these poor minority communities. In his article “Broadening Conception of Gentrification,” Chase M. Billingham points out that “…neighborhoods of varying types and characters (including those housing people with very low incomes), located in cities of varying size and geographic location, witnessed substantial gains in economic status through the 1990s (Ellen and O’Regan 2008, 2011) and the first decade of the 21st century (Owens 2012),” but then goes on to point out that “…primarily via the ensuing increase in the cost of housing, have the effect (either realized or potential) of contributing to the displacement of lower income residents who had previously lived in the neighborhood.” Although the increased wealth brought into these formerly poor neighborhoods by white gentrifiers might seem like a positive effect of gentrification, in actuality, this increased wealth brings up the cost of living, forcing current residents out of their homes.

In his article “The Case for Reparations,” Ta-Nehisi Coates describes the social and economic processes that preceded gentrification. As Black people started migrating from the South to white neighborhoods in the North, white people began to notice that an increase in Black neighbors led to a decrease in their property values, which led to something known as “white flight.”

White residents would sell their homes at a discounted price to “block-busters” before their property value was completely diminished by the newly arriving Black residents, and these block-busters would then sell the same houses to Black families at exorbitant values with shady contracts that allowed them to “resell” the same house multiple times, claiming that missed payments on the house rendered the original contract null and void and the left the house in the block-buster’s possession (Coates, 2014). These exclusive actions were mirrored by banks engaging in redlining, the practice of denying loans to those considered to be a financial risk, and this practice served to segregate neighborhoods.

White flight made formerly white, prosperous neighborhoods into “ghettos” (Coates, 2014), all because white people found themselves incapable of living among Black folks in a truly desegregated society. Coates also talks about how property was often seized from Black people by the government and then turned into centers of capitalism, for example a country club or baseball spring training facility. He continues on to say that with this continued abject theft of Black wealth and property, we are owed reparations outside of what we are already owed for slavery. However, instead of getting reparations for past structural violence, gentrification, also known as “reverse white flight,” continues the historical displacement of Black people from their homes, once again only to accommodate the whims, not the needs, of white people.

Billingham describes how gentrification is not just an isolated phenomenon. It is encouraged by businesses, who create startups in these “ghetto” neighborhoods because of tax breaks, and then encourage their preferred type of employee (white) to move into these neighborhoods, and together, these new business and more affluent residents drive up the rent of these formerly low-income neighborhoods, ultimately displacing the current lower-income (POC, primarily Black) residents and their respective businesses with middle class white families and their middle class white businesses. This displacement demonstrates the expendability of Black bodies—they are barely allowed to move into these neighborhoods in the first place, and then, once they settle down and build a community, they are forced out of their homes because white people are now willing and able to pay more for the space. Perhaps this changeover would not be the case if there were more Black homeowners, but as Coates described, the process of buying a home for a Black person was not the same as for a white person because of the refusal of banks to give out loans and the white sellers cheating Black buyers out of their money and homes.

Gentrification contributes significantly to the myth of Black inferiority—white neighborhoods are too good for Black people to live in, and Black neighborhoods are too “ghetto” for white people to move into, unless, of course, they are significantly “upgraded” by the arrival of white people. The pioneers of gentrification, who Hwang and Sampson called “affluent movers who have virtually unlimited choices in the housing market (Laska, Seaman and McSeveney 1982),” are seen as bold and noble, going fearlessly into these “dangerous” Black neighborhoods, when the reality is that they are neo-colonialists, transforming the hood into something that is palatable to their white tastes. Any improvements to these neighborhoods are not for the Black residents, they are for future (white, affluent) residents, and they happen at the expense of the Black residents.

Although gentrification happens on a more macro, systemic level than most microaggressions, it can still be thought of as a form of microaggression in that the white people moving into these Black neighborhoods generally mean no harm, and might even think of themselves as bringing necessary revenue into these downtrodden neighborhoods, without thinking of the actual effect of their actions. Derald Wing Sue defines a microaggression as “the brief and commonplace daily verbal, behavioral and environmental indignities, whether intentional or unintentional, that communicate hostile, derogatory or negative racial, gender, sexual orientation, and religious slights and insults to the target person or group (Sue, Capodilupo, et al., 2007).” He then goes on to say that “microaggressions have the secondary but devastating effect of denying equal access and opportunity in education, employment and health care. While seemingly minimal in nature, the harm they produce operates on a systemic and macro level.” The microaggressions inflicted upon Black community members by white gentrifiers will ultimately play out in structural violence—increased police presence in Black neighborhoods, unequal access to education of Black residents versus white affluent gentrifiers, etc.

Seeing gentrification as a positive force of change also serves to uphold the myth of Black inferiority because it assumes that Black people are incapable of beautifying their own neighborhoods, that the culture already present in these neighborhoods is not sufficient and must be completely replaced or reimagined by white culture. The new white residents feel at liberty to replace the centers of Black culture (hair salons, barbershops, restaurants) with their own upscale, “cultured” versions that do not cater to current residents either in taste or in price range. This change often has an alienating effect on the current residents, making them feel as if their own neighborhoods are no longer there for their use. In addition, by constantly referring to these neighborhoods as “unsafe” or “ghetto,” the notion that Black people are inherently disposed to criminality gets reinforced. As Sue wrote, “To be considered a criminal in [one’s] own home was the ultimate indignity and insult.”

Off the written page, gentrification is even more heartbreaking. I have watched gentrification destroy the culture of my home, Harlem. I have watched my favorite Black-owned restaurants and salons shut down in favor of white-owned overpriced versions. It destroys communities and makes people’s home neighborhoods virtually unrecognizable. The new, white residents have other options for housing, but many of the current residents of these areas undergoing gentrification do not. Many of these new white businesses could choose a different neighborhood in which to open, but many of the Black-owned businesses cannot because rent in other places is too expensive. Perhaps if white people were able to assimilate into the culture they are moving into instead of continually trying to impose their own, so-called “superior” culture onto people for whom it is not compatible, it would not be such an issue. But their incessant need for upscale coffee shops and expensive hair salons is literally destroying lives, which is something they tend to overlook when gushing about the financial benefits of living in the “ghetto.” This obvious disregard by white gentrifiers for pre-existing Black residents’ lifestyle and livelihood, viewing them as inferior and disposable, is obviously ignorant and immoral, but the support it receives from financial institutions such as banks with biased lending policies and big business elevates this disregard to the level of structural violence, and it continues to negatively affect an already disadvantaged group of people.