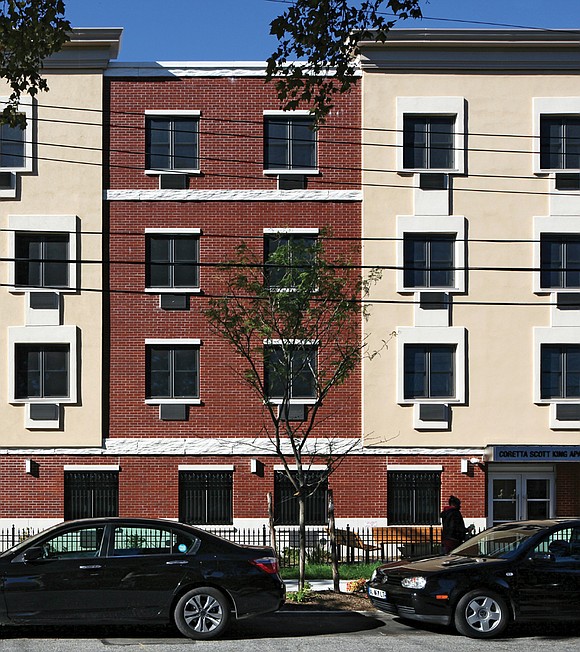 Notwithstanding the pouring rain, seniors and other community members and various organizations from East New York assembled Monday, Oct. 9, 2017, outside City Hall to demand real affordable senior citizen housing. They were there in support of a proposal made by the Rev. David Brawley and Grant Lindsay of East Brooklyn Congregations. They proposed that the mayor “build 15,000 new units of affordable senior housing on underutilized NYCHA land or other city-owned vacant lots, and free up as many units in NYCHA to provide housing for up to 50,000 more individuals on the NYCHA waitlist or in shelters.”

“The mayor has spread too many city dollars and tax breaks to new developments that favor those with incomes of $52,000 or higher,” stated Brawley and Grant in a published op-ed piece.

According to Association for Neighborhood and Housing Development, “those earning $52,000 to $69,000 received nearly 50 percent of the housing units built or preserved by the current administration, while families earning less got 32 percent of the units.”

They believe their goal can be attained within four years, as they have seen many projects started and finished in record times. One example is the recent opening of the Cornell Tech on Roosevelt Island, which was spearheaded by former Mayor Michael Bloomberg and completed in just six years.