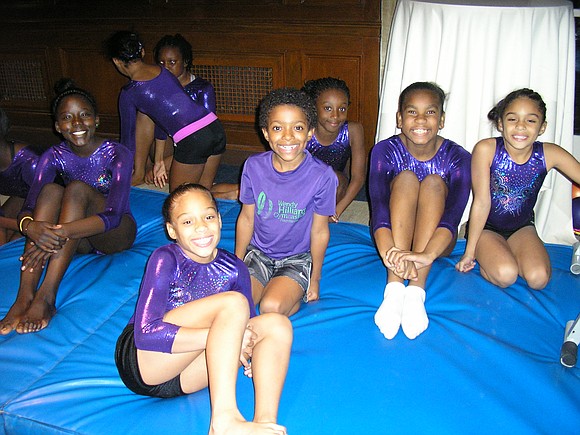 Athletes, influencers and supporters gathered at the New York Athletic Club Oct. 3 to celebrate the Wendy Hilliard Gymnastics Foundation Going for the Gold Benefit. Founded in 1996, the organization has provided free and low-cost quality gymnastics programs for more than 17,000 urban children. The evening’s honorees were tennis legend and founder of the Women’s Sports Foundation Billie Jean King, who received the Spirit of Sport Award, and David O’Brien, partner and Americas leader of brand marketing and communications of EY, recipient of the Corporate Leadership Award.

Among the attendees was rugby legend Phaidra Knight, now a commentator and coach at Monroe College. “Wendy Hilliard has done some incredible things with this foundation,” said Knight. “It’s about inspiring these young ladies and men. These types of events are really spectacular and a great way to bring common-minded folk together.”

Hilliard, a member of the U.S. Gymnastics Hall of Fame and the first African-American rhythmic gymnast to compete on the U.S. national team, had a vision to provide opportunities and access to gymnastics. Three-time Olympic fencer Sharon Monplaisir was excited by the enthusiasm of the young gymnasts.

“When you give young people the opportunity to try new things and be exposed to new sports, great things happen,” said Monplaisir.

Katrina Adams, chair of the board, president and CEO of the U.S. Tennis Association, is a longtime friend of Hilliard’s and has seen her passion to give back. “These young girls are so fortunate to have someone like Wendy, who wants to build the next generation of gymnasts,” said Adams. “Many of these young ladies will be able to get a college scholarship. They may not be Olympians, but the characteristics and life skills that they’re learning are going to take them far.”

Two-time Olympic fencer Nzingha Prescod, who grew up in Brooklyn fencing with the Peter Westbrook Foundation, understands the importance of opportunity and access. “I went up to two of [the gymnasts] and said, ‘I was you,’” said Prescod.

The evening was sweet for Peter Westbrook, who like Hilliard has made grassroots sport his life’s work. In addition to Prescod, he began the fencing careers of Olympic medalists Erinn Smart, Keeth Smart and Daryl Homer.

“Whenever I see someone who goes out of their way to change people’s lives, to make a difference, it makes me think there’s nothing more significant than that,” said Westbrook.