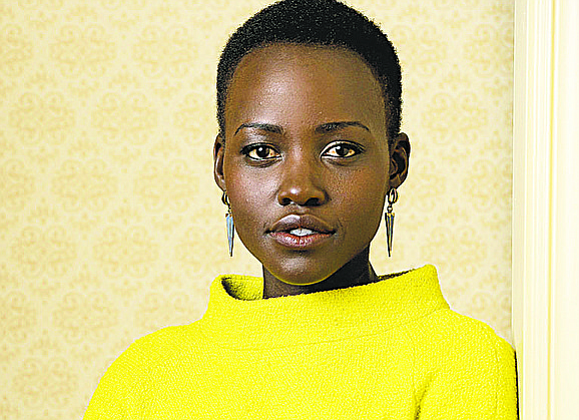 (CNN) -- Oscar-winning actress Lupita Nyong'o has a Harvey Weinstein story, too. And she's sharing it in hopes of doing her part to end what she calls in a New York Times op-ed a "conspiracy of silence."

In her piece, Nyong'o recounts several encounters with Weinstein, whom she met while she was still a student at the Yale School of Drama. Two of their meetings bear resemblance to other accounts from the more than 40 women who have accused Weinstein of inappropriate behavior, ranging from sexual harassment to rape.

Through a spokeswoman, Weinstein has "unequivocally denied" all allegations of non-consensual sex.

Nyong'o writes of an incident that took place after she was invited to a screening of a film at Weinstein's house, where he said they were going to watch one of his competitor's films with his family.

Once at his house, Nyong'o alleges Weinstein led her into a bedroom and offered to give her a massage. She declined.

"I thought he was joking at first. He was not," she wrote. "For the first time since I met him, I felt unsafe."

To get out of the situation, she offered to give him a massage instead.

"It would allow me to be in control physically, to know exactly where his hands were at all times," she wrote.

When Weinstein informed her that he wanted to remove his pants, Nyong'o said it would make her "extremely uncomfortable." She headed for the door and left.

"I didn't quite know how to process the massage incident. I reasoned that it had been inappropriate and uncalled-for, but not overtly sexual," she wrote. "Though the incident with Harvey had made me uncomfortable, I was able to explain and justify it to myself, and shelve it as an awkward moment."

With her graduation on the horizon and her career possibly on the line, Nyong'o said she "didn't know how to proceed without jeopardizing my future. But I knew I would not be accepting any more visits to private spaces with Harvey Weinstein."

Her next encounter with Weinstein was in a group setting, free of the awkwardness she had experienced prior and it put her at ease enough to accept another invitation from Weinstein, Nyong'o writes.

They'd planned to have dinner after a screening, but there, she alleges, Weinstein laid out his expectations plainly.

"Before the starters arrived, he announced: 'Let's cut to the chase. I have a private room upstairs where we can have the rest of our meal,'" she wrote. "I was stunned....He told me not to be so naïve. If I wanted to be an actress, then I had to be willing to do this sort of thing."

She declined and was quickly told she could leave. Before taking off, N'yongo writes, she asked Weinstein if they were "good."

She claims he said, "I don't know about your career, but you'll be fine."

"It felt like both a threat and a reassurance at the same time; of what, I couldn't be sure," she wrote.

Nyong'o said she saw Weinstein more than a year later, and he said he was "ashamed" of his prior actions.

"But I made a quiet promise to myself to never ever work with Harvey Weinstein," she wrote.

The actress said she wishes she had known "that there were women in the business I could have talked to."

"There is clearly power in numbers. I thank the women who have spoken up and given me the strength to revisit this unfortunate moment in my past," she wrote.

She added: "Though we may have endured powerlessness at the hands of Harvey Weinstein, by speaking up, speaking out and speaking together, we regain that power. And we hopefully ensure that this kind of rampant predatory behavior as