Man arrested in Brooklyn home invasion that led to death of 91-year-old: sources 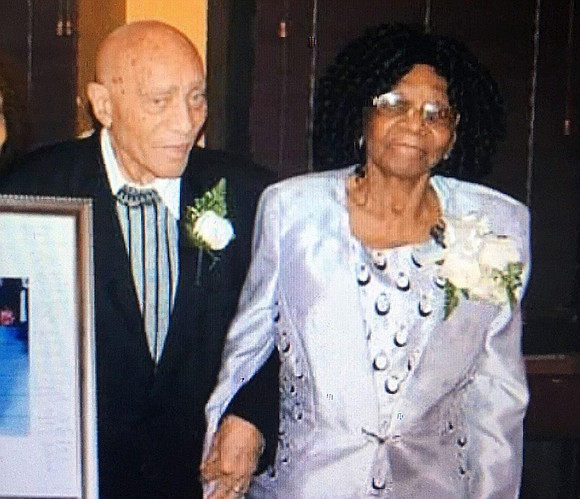 Waldiman Thompson, 91, and his 100-year-old wife, Ethlin Thompson, were tied up and robbed in a violent home invasion. PIX 11 News

A man has been arrested after a 91-year-old man was killed and his 100-year-old wife injured in a Brooklyn home invasion, sources said Friday.

Waldiman, 91, was killed and his wife Ethline, 100, was injured after a home invasion in Brooklyn

Dwayne Blackwood, 27, of Elton Street, Brooklyn, is charged with second-degree murder in the Wednesday, Oct. 11 robbery that left one man dead on Decatur Street in Bedford-Stuyvesant, according to police sources.