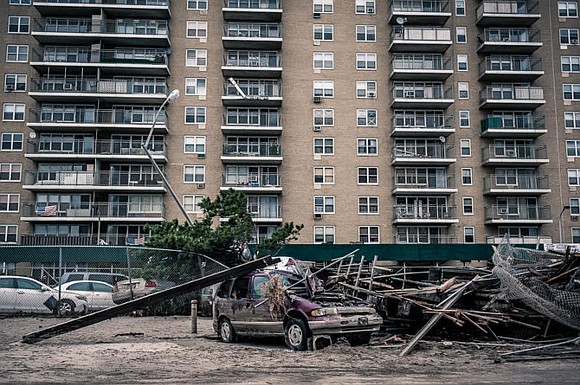 The road to recovery isn’t a sprint, it’s a marathon. After Superstorm Sandy devastated our community, many foundations and organizations with good intentions rushed into our neighborhoods trying to find a way to help. On one hand, their willingness to support a tragedy-stricken community was heartening. On the other, it was frustrating and, at times, terrifying. For many of these groups, it was the first time they had been to or funded our community and they were unfamiliar with the landscape. The unfamiliarity paired with the unnecessary desire to rush created the perfect breeding ground for disaster capitalism to thrive.

In Far Rockaway, we saw an influx of organizations promising to help our community applying for and receiving thousands of dollars in grant money. Instead of looking to fund smaller, grassroots organizations that had a track record of serving the Rockaway community, funds were granted to much larger organizations or the dreaded pop-up organizations, which conveniently found themselves in positions to receive “Sandy money” after the storm. The Rockaway Wildfire Project, a subset of Occupy Sandy, swooped in and masqueraded themselves as champions of the peninsula, but conveniently disbanded after the funding dried up. Though Occupy Sandy had allocated around $150,000 to Sandy relief in the Rockaways, only a small fraction of that amount had actually been disbursed to the Rockaway community by June 2013. They are gone, but we’re still here, and many of us are still affected by Sandy today.

However, I cannot place all of the blame on the disaster capitalists. The fact that they were so easily able to infiltrate our community speaks to our larger problems of apathy and civic disengagement. They filled a void that our community couldn’t. After Sandy, I watched people take advantage of my community, but there is a silver lining. Through the Rockaway Youth Task Force, we are able to teach a new generation of residents that they have the power to choose their own destinies. By actively working to engage young people and develop youth leadership, I hope that when the time comes again, our community won’t have to turn to fly-by-night imposters, but will instead find strong leadership in its native sons and daughters.

We cannot deny that the advance of climate change means stronger storms and more frequent natural disasters. The nearly biblical levels of destruction caused by hurricanes Harvey, Irma, Jose and Maria are not coincidences. Climate change is real. And although climate change affects us all, we do not all experience it equally. It is often the most disenfranchised communities that are hit hardest by natural disasters such as Sandy or Harvey or Maria. It is they who ultimately become the most vulnerable because they are most lacking in resources to prepare for the disaster beforehand or recover from it afterward. Beyond climate change, economic disasters such as the privatization of public housing and gentrification threaten to devastate and displace low income communities and communities of color across the country.

But there is hope. In the first few days after Superstorm Sandy, it was not outside organizations bringing water and blankets to elderly residents stranded in high-rise nursing homes in Far Rockaway, but their neighbors. This effort is proof that the seeds of community resilience are already sown here in Rockaway, but it is up to us to cultivate those seeds. We will be called on to defend our community many times, and every time we need to be prepared. Sadly, as I watched tremendous forces of nature wreak havoc on our country and the world, I’m forced to recognize that our generation’s time to prove ourselves is already here.