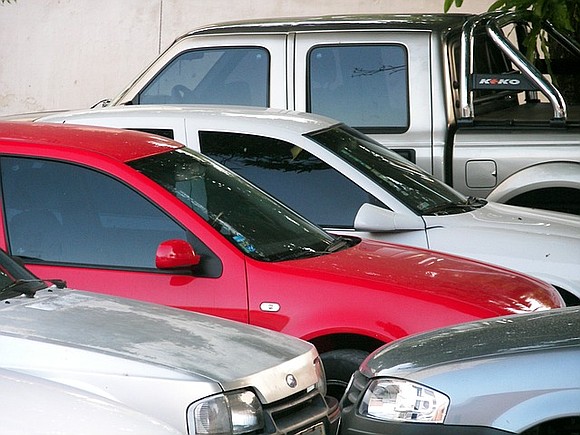 It’s that time of year again when auto dealers try to make room in their showrooms for next year’s models. The seasonal clearance sales that come right before the holidays are just as tempting as ever, beckoning consumers to get that proverbial ‘new car fever.’

But don’t let those shiny new cars blind you from the facts of a major consumer purchase. After mortgages and student loans, auto sales take a big bite out of your pocket and available credit.

A new analysis of car sales data reveals that many consumers are being charged triple-digit mark-ups on purchases that include a lot of questionable add-on products that cost consumers a bundle and reap major profits for dealers.

A new policy analysis by the National Consumer Law Center (NCLC), examined sales and financing practices widely used by car dealers. Aggressive sales of add-on products were frequently offered at inflated prices. Additionally, these same products and services are usually available for consumers to purchase more cheaply on their own. When these items are added to the financing of the vehicle, consumers end up padding the costs of finance, making the debt more costly than necessary.

After analyzing data on the sale of three million add-on products sold on 1.8 million vehicles from September 2009 through June 2015, these add-on costs were both unreasonably high and varied at the discretion of the dealership as to the price levels that would be charged.

“Our analysis demonstrates the negative consequences of opaque and inconsistent pricing of auto add-on products and the urgent need to bring transparency and consistency to this market,” said John W. Van Alst, the report’s primary author and director of NCLC’s Working Cars for Working Families Project.

Here’s how the unfair pricing and add-ons occur:

• After a consumer settles on a price of a vehicle, he or she is then told to see the finance and insurance (F&I) representative to review terms and sign the purchase. What few consumers know, is that many dealers pay its F&I personnel on a commission basis. Hence, the more costs added to the vehicle purchase, the more these employees earn. Other dealers, according to NCLC, pay a higher percentage commission as the F&I profits increase per vehicle sold. Sometimes car sales representatives receive a commission on the cars sold and additionally, a portion of the add-ons, sometimes known as “back-end” products.

• If consumers accept all the options offered by F&I, the likelihood is that they will eventually pay far more than the vehicle is actually worth. Not only that, the amount of mark-up that boosts the dealership’s profits would be far cheaper and affordable if the consumer secured them independently. To make these products and services appear affordable, the length of the auto loan is often extended to 72 or 84 months—or even longer. The longer the auto loan, the more likely that the consumer is getting a bad deal.

NCLC also cites previous research by the Center for Responsible Lending (CRL) that determined car buyers who financed vehicles at the dealership in 2009 paid $25.8 billion in interest rate mark-ups. That same study also found that more than half of Black car purchasers (54 percent) were also charged loan kickbacks, compared to only 31 percent of Whites.

In 2014, a CRL consumer survey also found that Black and Latino car buyers purchased more add-on products than other consumers after being told that the additional items were required to finalize the deal. As a result, although consumers of color reported trying more than other consumers to negotiate a fair car deal, they still wound up paying more for their purchases than similarly-situated White consumers.

Here are two of the most costly add-on costs that NCLC found to be the most expensive for consumers:

• Window etching is marketed by dealers as a deterrent to theft or making it easier to identify and recover a stolen vehicle. Usually, a Vehicle Identification Number (VIN) already appears in multiple places on the vehicle coming out of manufacturing.

• Similarly, Guaranteed Asset Protection (GAP) is almost a certain sign of having paid too much for the vehicle. Should a vehicle be stolen or wrecked, the consumer’s collision or comprehensive insurance coverage is usually limited to the market value of the car and not the amount still owed. Consumers, however, are still held liable for the vehicle’s negative equity. GAP products are sold to hold the consumer harmless between the differing amounts. Unfortunately, few consumers ever receive what was promised with these products. Some do not cover the deductible on the consumer’s collision or theft coverage.

Taken together, the combined average markup on GAP and window-etching products was 170 percent. By comparison and according to the National Automobile Dealers Association, new car sales in 2015 had an average markup of 3.4 percent.

“For many Americans, affordable car ownership is not a luxury, but a necessity,” noted Delvin Davis, a senior researcher with CRL. “People need reliable transportation for employment, personal business, health care and more. Making the car more expensive with marked-up add-ons deepens the debt incurred while increasing the likelihood that they really paid too much.”

Charlene Crowell is the deputy communications director for the Center for Responsible Lending. She can be reached at Charlene.crowell@responsiblelending.org.