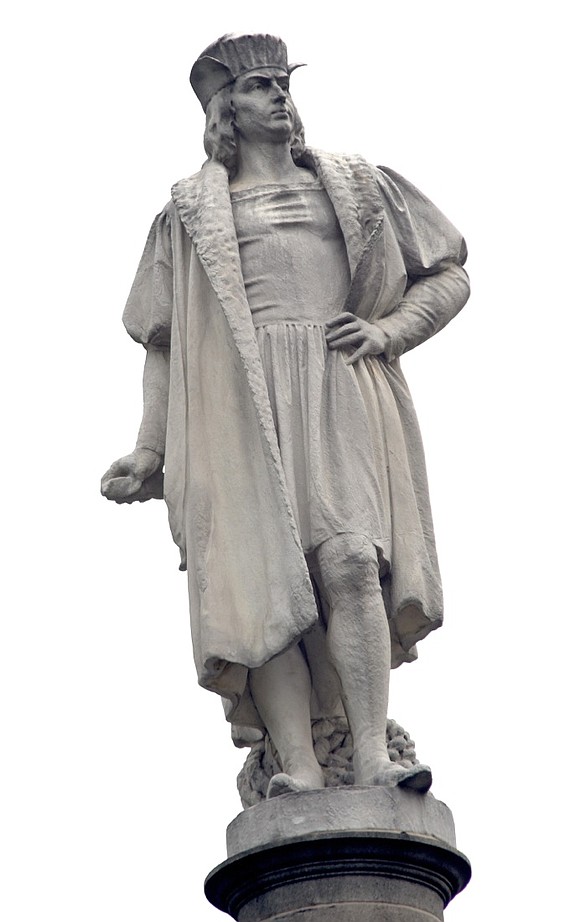 “Since the State Assembly gave Mayor de Blasio mayoral control over our schools, which I opposed, let’s demand that he includes in the curriculum the ‘real’ history of Christopher Columbus,” Assemblyman Charles Barron told the Amsterdam News. “Mayor de Blasio, tell the children the truth. Columbus was a racist, slave-holding colonist who never discovered anything!”

Barron’s demand comes as cities across the nation are tearing down or covering up statues of accused racist historical figures after the protests and death in Charlottesville, Va.

“We have not even spoke about what he did in the Caribbean, and the death and destruction that came in his wake,” Barron said.

Addressing Mayor de Blasio, Barron stated, “Don’t let your Italian heritage get in the way of the fact that Christopher Columbus was a racist murdering Italian colonist. He murdered indigenous people [so-called Indians], stole their land and enslaved Africans to build his wealth. The only thing that he discovered was that he was lost. You can’t discover a place where people already exist! Take the damn statue down.”

As Gov. Andrew Cuomo said he would look into the calls to remove the Columbus statue in Columbus Circle in Manhattan, Barron said, “And to Public Advocate Letitia James, shame on you for taking the position that Christopher Columbus’ statue should stay up! Anything to march in the Columbus Day Parade.”

The East New York-based politician slammed Black and Latino politicians who have spoken out against the removing the statue. “What a sad embarrassing case of political opportunism,” he said. “They should read their history, and they will discover that Columbus murdered, tortured and enslaved their African ancestors.”

Saying that he is calling on Mayor de Blasio to make sure that the school curriculum “stops teaching revisionist history, with little or no factual accuracy,” Barron announced, “I will be introducing legislation that will change ‘Columbus Day’ to ‘Indigenous Peoples Day.’ They have already done this in several other states such as South Dakota, California, Hawaii and Alaska.”