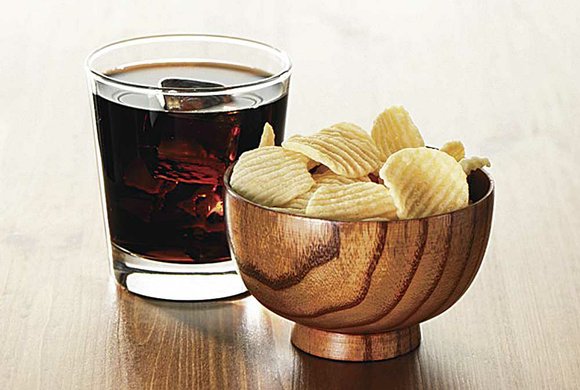 School bells are ringing and children will be doing more than singing. They will be acting up, hyperactive, impulsive, irritable, distracted and antisocial. They will have difficulty with concentration and memory and display many other anti-learning characteristics. In other words, they will be in a daze, and their brains will not be up to par. This deficiency results from consuming the wrong kinds of sugar-laden foods and drinks over the summer.

Why are so many children in a dazed state? I am convinced that it is not because of one-parent homes or poverty, poor housing or any other negative social condition. It is because of poor nutrition. The brain is like a computer. If you put junk in, you’ll get junk out.

A smart and responsive brain needs a nutritious breakfast that will supply adequate vitamins and minerals. Cupcakes, potato chips, pork rinds, popcorn and sugar-laden drinks do not constitute fuel for the brain. If you read the labels of these food items, you’ll see that the brain is being exposed to preservatives, artificial colors and other chemicals that will cause hyperactivity and malnourishment.

A few years ago, Jane Brody, the scientific writer for The New York Times, related that when a normally well-behaved youngster in her family ate chocolate, he became wild and aggressive. Just recently, Jane Hersey, the national director of the Feingold Association of the United States, related to me that when a youngster who played football was exposed to an artificial red dye, he became so aggressive that no one on the opposing teams could stop him. It is interesting that the Olympic Committee checks athletes for injectable stimulators but does not take into consideration the diets of Olympians. I am sure many of them use certain nutrients and chemicals found in foods that increase their aggressiveness and ability to perform and win medals.

Companies that produce certain foods and snacks add more salt and sugar to their products to stimulate the taste buds. Fast foods are giving us a fast track to hyperactivity and poor nutrition.

For years, the Feingold Association has promoted the research of Dr. Benjamin Feingold, who demonstrated without a doubt that diet causes hyperactivity, resulting in a diminished brain function, leading to poor performance in school. Furthermore, many prisons are filled with youngsters who have committed crimes because of abnormal brain function related to diet. Prison food only helps to continue this bad behavior. When sugar is removed from the prison diet, behavior improves. I strongly suggest that you read the book “Sugar Blues” by William Dufty.

If you are interested in keeping your children out of a daze, I suggest that you get in touch with Hersey, whose motto is, “Nutrition is a better way.” She can be reached at the Feingold Association, Box 6058, Williamsburg, VA 23188 or 757-229-2838 or

I am sure the program will keep your children out of a daze, and you will feel proud of their achievements on graduation day.