The beating of Herman Bell 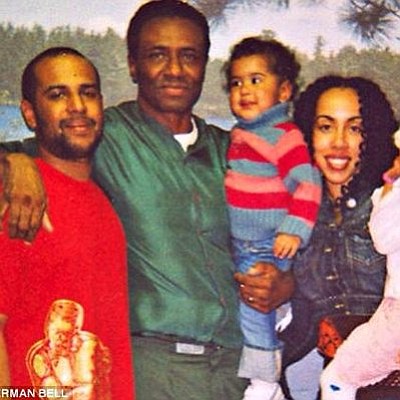 Bell has mentored thousands of younger prisoners throughout the state on the do’s and don’ts of surviving prison. Formerly incarcerated men who are now contributing to our communities report that he was key in helping them rebuild their lives, educate themselves and succeed on the outside. Bell has consistently corresponded with high school and college students across the country about history, the world they live in and how to make it better. Both inside and outside the prison walls, Bell is widely admired, loved and respected. Decades in prison have not lessened his concern for hungry children, which inspired his creation of the Victory Gardens project to provide locally grown fresh fruits and vegetables to poor and working-class families across the city’s five boroughs.

Bell has not had a serious disciplinary infraction in more than 30 years and no infraction at all in the past 20 years. He is up for parole in six months, and on the day after the assault by guards, he was to begin a family visit with his wife—his first weekend family visit in more than years. These facts, say his supporters, and his well-known character render the allegation that he would risk everything by assaulting a prison guard patently absurd.

On Sept. 9, four days after the assault, Bell was visited by his wife at the Five Points Correctional Facility. Nancy Bell described her husband as “chained and shackled behind glass and a screen, had a big black eye that was very runny and watery.”

She added, “He was in excruciating pain, with the only medicine provided being Tylenol, was experiencing great difficulty finding a comfortable position to sit or lay and was concerned that he may not regain vision in his eye due to the extreme amount of Mace he sustained.”

Unfortunately, an incident such as this one is far from an anomaly in the New York prison system, but rather the practice and pattern of oppression and repression of Black men in its custody. A series of articles in The New York Times last year traced a pattern of racist abuse by New York prison guards that has included cases similar to this one. The Department of Corrections and Community Supervision must address this problem, but clearly has not.

That said, the beating Bell endured must also be viewed in a historical context. From the crushing of the prisoner’s human rights movements of the 1960s to today, to hunger strikes, work stoppages, to Ku Klux Klan prison guards in facilities across the state, to the well-documented abuse of incarcerated people on Rikers Island, violence by prison guards, like police violence, is a sad fact of everyday life for poor and working-class Black/Brown people. Prison guards and police are given the “lawful” authority to inflict unfettered and institutionalized terror, violence and often murder on whomever they choose with impunity, especially when the victims are poor and working-class, Black/Brown or in prison.

As in Bell’s case, the abused is often charged with the violence. How many times are we told, “He had a gun,” only to learn that there was no gun at all? Who will take the word of a stereotyped Black/Brown man, woman or child over that of a police officer? Who will take the word of someone who has been convicted of a crime or is held in a detention center? Who is likely to listen to anyone whose version of an incident contradicts the “official” report made by a prison guard or a police officer? The predicament in which Bell finds himself is analogous to the predicaments of Abner Louima, Kalief Browder, Eleanor Bumpurs, Sandra Bland, Tamir Rice, Rekia Boyd, the Central Park 5 and many others have found themselves in. It is the modus operandi in which far too many prison guards and police officers lack the moral compass, public scrutiny and certainly concern over accountability or consequences for the violence they commit against Black/Brown people inside or outside the prison walls.