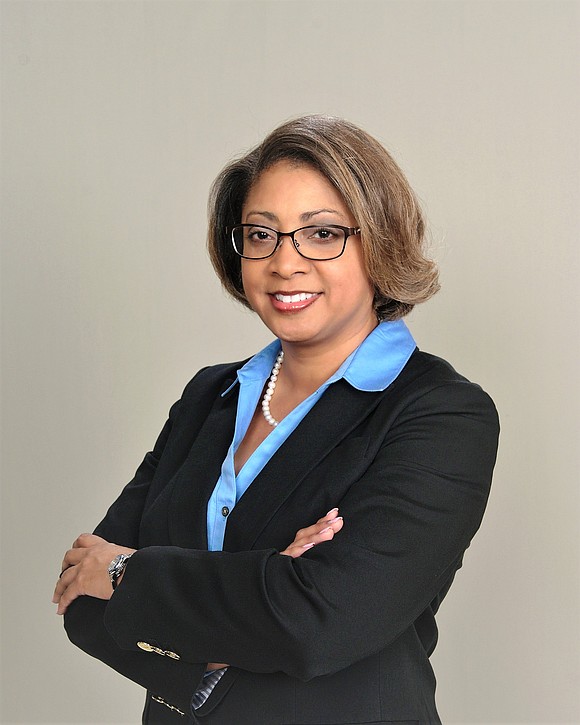 During a summer enrichment program, Richelle Webb Dixon abandoned her college dream of becoming an attorney after realizing her professional calling was actually in health care administration. She made another decision that would shape the trajectory of her career.

As a student at the University of Michigan, Dixon joined the National Association of Health Services Executives after an information session that the Detroit chapter held on campus. NAHSE membership became a life-long commitment that put Dixon’s career on a fast track and connected her with Black, top-brass executives who became her mentors. That happened 21 years ago. Dixon, of Texas, will begin a two-year term as president of the 1,000-member organization during NAHSE’s 32nd annual Educational Conference and 22nd Everett V. Fox Student Case Competition in San Antonio, Texas, Oct. 18.

NAHSE is a premier professional member association for Black executives in health care. Founders established the nonprofit organization to promote the advancement and development of members while elevating the quality of health care services rendered to minority and medically underserved communities.

The organization started when nine Black health care executives gathered in Durham, N.C. The year was 1936 when the National Conference of Hospital Administrators was formed. One meeting was held annually in conjunction with the American Hospital Association. In 1968, while attending an AHA meeting in Atlantic City, N.J., the pioneers decided meeting annually would not allow them to adequately address the issues they sought to improve. In that year, the National Association of Health Services Executives was established.

This year, nearly 50 years after being founded, the Washington, D.C.-based association added a 29th chapter in the Garden State. According to NAHSE New Jersey Chapter President Vanessa Smith, “The New Jersey chapter was officially formed March 26, 2017, due in large part to nine employees of RWJBarnabas Health, who were committed to improving the equity of care and overall health status of the diverse populations serviced by the system statewide.”  The chapter is attracting interest and participation from C-suite and senior executives, midlevel professionals, recent graduates and college students. Smith said NAHSE New Jersey will provide continuing education to members and advocate for minorities in the delivery of health care services.

“I’m honored to be the president leading the New Jersey chapter of NAHSE,” said Smith, a chief human resources officer at Community Medical Center, which is an RWJBarnabas Health facility that is based in Toms River. “The New Jersey chapter is poised to make an impact to support professionals at all levels of their careers and promote professional development. One of our primary goals is to be connected to communities in ways that make a difference and represent our mission, vision and values.”

Dixon, who will succeed Anthony King as president of NAHSE, believes such support is important. She also wants people to know the organization is a support network like no other. Anyone who believes in the mission is welcome to become a member.

Hope Mason, the president of the New York Regional Chapter of NAHSE, agrees. Mason began an internship in the mid-70s at New York University, thanks to NAHSE Founding President Everett V. Fox. She “got a foot in the door through NAHSE” and she believes there’s an incredible talent bank within NAHSE. “The people in this organization, and I can speak from my own experience, are genuine in terms of sharing information, of being helpful, but also providing good guidance because we can make missteps and it can set us back,” she said. She sees NAHSE as an organization that sustains members throughout their careers. “I started out as a student,” she added, “Then I was a recent graduate. Then a midlevel manager. Then a senior manager. Then super-senior, and then a retiree.”

Before retiring in 2015, Mason was a deputy executive director of Strategic Planning and Intergovernmental Affairs at Kings County Hospital in Brooklyn. She served in the C-suite for 26 years. “I was fortunate that I was able to view the organization from that perspective over a long period of time and over many different leaders and different changes in the healthcare field.” Now, as a board member at a NY-based health system, she continues to be a health advocate and mentor.

Dixon, like Mason, realizes the importance of mentorship. “Networking alone doesn’t capture the essence of who we are,” she said. “The value proposition for someone who is new to NAHSE is untouched, unmatched support, networking, leadership development and to know that you’re not alone.”

Kaylyn Kendall Dines, MBA, is recording secretary of the New Jersey Chapter of the National Association of Health Services Executives and a marketing and communications professional.