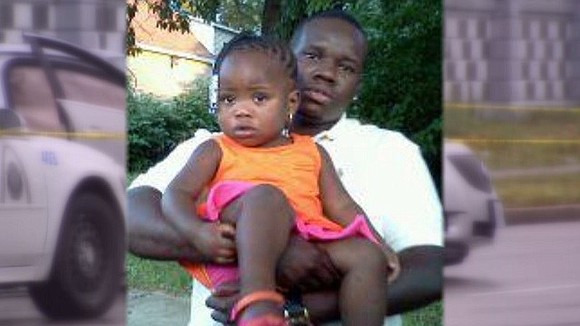 “This court, as the trier of fact, is simply not firmly convinced of defendant’s guilt. Agonizingly, this court has poured over the evidence again and again. This court has viewed the video evidence from the restaurant’s surveillance camera, the cameras in the police vehicle, and the cell phone video by the lay witness, over and over again – innumerable times,” read a portion of the court document.

Stockley, a former St. Louis Police Officer, was charged with first-degree murder in the death of Anthony Smith, who was shot and killed following a police chase in 2011.

Circuit Judge Timothy Wilson issued his ruling early Friday against 36-year-old Jason Stockley. Stockley could have been sentenced to up to life in prison without parole had he been convicted.

According to the court document, the state asked if Stockley was found not guilty to consider if he would be guilty of a lesser degree of homicide, not to consider lesser offenses. The document states that “the state did not prove beyond a reasonable doubt that Stockley did not act in self-defense.”

During the trial, which began with opening statements on August 1, the prosecution argued that Stockley intended to kill, fired a “kill shot” and planted a gun following the fatal shooting. An FBI expert testified that one shot was fired at Smith from less than six inches away.

“The Court finds the State’s contention there was a fifth ‘kill shot’ fired by Stockley after a gap in time, is not supported by the evidence. No witness testified to hearing a shot separated in time from the first group of successive shots,” read the court document regarding the prosecution’s argument. “Antonio French, a witness for the state, testified that the gun shots were in rapid succession and that one shot was not separated in time from the other shots.”

In regards to a gun being planted, the court stated the State’s contention was not supported by the evidence.

“The gun was a full size revolver and not a small gun, such as a derringer, that can fit in the palm of one’s hand or into the side pocket on a pair of pants without being obvious,” read the court document. “Stockley was not wearing a jacket; if he had such a gun in his possession it would have been visible on the cell phone video. The gun was too large to fit entirely within any of the pockets on the pants he was wearing, there was no bulge in any pocket indicating a gun within the pocket, and the gun would have been visible if it was tucked into his belt.”

Some of the questioning at the trial focused on a portion of cell phone video where Stockley was seen taking off his gloves. Police officers who testified during the trial said they wouldn’t take off gloves if they were about to handle evidence.