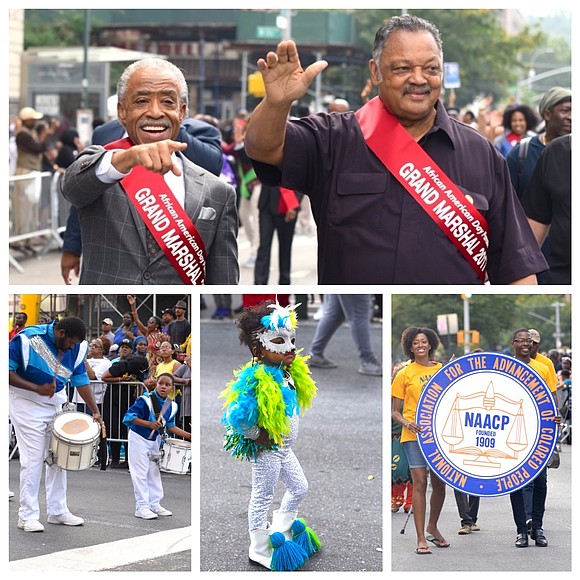 The parade started at West 111th Street and Adam Clayton Powell Boulevard and continued to West 136th Street. Black dignitaries and celebrities along with kings and queens of Black organizations were featured. Floats and marching bands came from 12 states.

The African-American Day Parade was founded in 1968 by two organizations, Afro-American Day and the United Federation of Black Community Organizations. The parade is held every third Sunday in September and each year is viewed by approximately 700,000 spectators.

“The African-American Day Parade was formed as a not-for-profit organization with the purpose of promoting unity, integrity and excellence amongst African-Americans,” organizers said in a statement. “It provides a platform for multisectors of the community to come together and celebrate our heritage, talents and accomplishments, while also honoring our ancestors on this special day.”

Go to www.africanamericandayparade.org for more information.