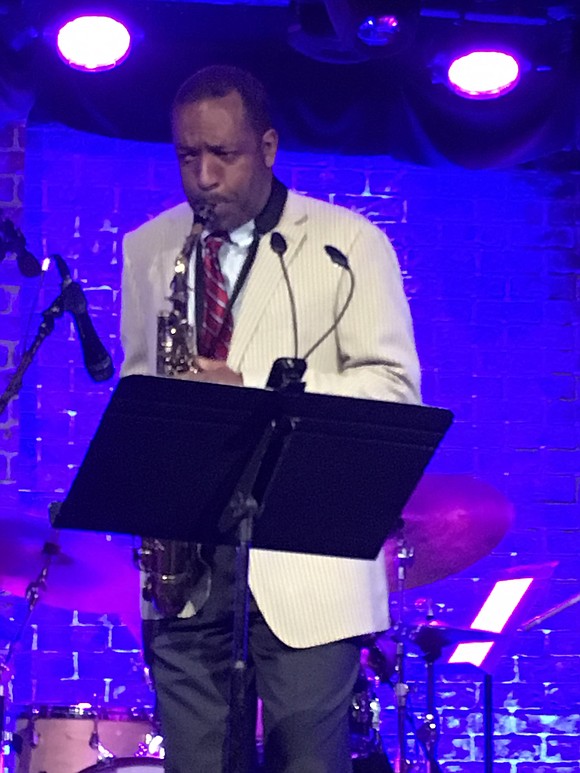 Now through Oct. 1 Jazz at Lincoln Center’s Coca-Cola Generations in Jazz Festival is in full effect. The festival will showcase the diverse talents of artists across generations, with 22 distinctive programs over 31 days (that started Sept. 1).

“For the last eight years, the Coca-Cola Generations in Jazz Festival has unofficially marked the opening of Jazz at Lincoln Center’s concert season, as we celebrate the great diversity that makes our art form so vibrant,” said Jason Olaine, Jazz at Lincoln Center’s director of Programming and Touring. “During the month of September, Dizzy’s Club Coca-Cola will present living legends, as well as up-and-coming phenoms.”

The former musicians of the Tito Puente Orchestra have come together as the Mambo Legends Orchestra. This New York institution keeps the ’50s and ’60s Palladium Era sound alive and well, adding new musical concepts to genre standards set by Tito Puente, Machito and Tito Rodriguez.

Sept. 26, avant garde, straight ahead and all-around drummer/composer Andrew Cyrille and tenor saxophonist Bill McHenry will join forces for a night of uncompromising musical dialogue. Cyrille is one of the pre-eminent jazz drummers, having worked with Cecil Taylor, Rahsaan Roland Kirk and Mary Lou Williams. Two shows at 7:30 p.m. and 9:30 p.m.

The saxophonist, composer, arranger Donald Harrison, a hard bopper by law, who is committed to bringing dance music back to the jazz bandstand through his creation of “Nouveau Swing,” will have audiences at the Jazz Standard (116 E. 27th St.) up and swinging during his engagement from Sept. 21 to Sept. 24.

The Crescent City native will be rousing it up with his longtime music cohorts, guitarist Detroit Brooks, pianist Zaccai Curtis, bassist Jasen Weaver, drummer Darryl Staves and special guest trumpeter Brian Lynch. Lynch has been a member of Eddie Palmieri’s Afro-Caribbean Jazz group and co-led the Latin Side of Miles project with trombonist Conrad Herwig.

Be assured Harrison’s music will be hittin’ from jazz to funk and as an anointed Big Chief of the Congo Square Nation Afro-New Orleans cultural group, some real New Orleans “frontline soul” will rise.

Some clichés are apropos for the crooner Freddie Cole. He just gets better with age. Now, at the threshold of his 86th birthday (Oct. 15) he remains at the top of his game.

Cole will take to the Jazz Standard bandstand Sept. 28 to Oct. 1. His trio will include guitarist/composer Randy Napolean, bassist Elias Bailey and drummer/producer Quentin Baxter.

The Chicago native wears a well-distinguished career that spans more than 60 years. During the 1950s, he toured with the Earl Bostic Band, and as a change of pace he later teamed up with Grover Washington Jr. Branching out, he later recorded jingles for Turner Classic Movies.

He was the subject of the 2006 documentary “The Cole Nobody Knows.” For Freddie, being the younger brother of Nat King Cole had its drawbacks. Most stated he sounded too much like his older brother. They had similarities, but there was a noted difference if one took the time listen.

Nat tended to play piano and sing whereas Freddie just gave you the song, although he did study piano. Cole has a velvet voice that draws you into his song. No theatrics, no splits, just a well-dressed singer with a story to tell through the American Songbook entwined in a repertoire swinging with rhythms of wisdom and well-traveled experience. Two shows each night are at 7:30 p.m. and 9:30 p.m.

The guitarist and composer Russell Malone is an accolade magnet for his musicianship. He has the magic to make one stand-up and shout on his blues tunes. On traveled ballads, his flexible dexterity grabs listeners’ heartstrings, and with his quick wit, he offers up his interpretation of hit TV comedy sitcom theme “The Odd Couple,” which brings a smile.

Miles Davis’ “A Tribute to Jack Johnson” is one of the most significant recordings in jazz history. Davis had the respect and creativity to record music he felt encompassed the life of the first Black world heavy weight-boxing champion (1908–1915), who fought in the midst of regular lynchings as Black people were being terrorized on a daily basis by cowardly white supremacists wearing white sheets.

Davis needed no validation of his new music and Johnson was just doing what he did best—beating his white opponents to a pulp without any regret, just a huge smile.

Kara Walker’s current exhibit reiterates her artistic warrior status depicting the disgraceful tyranny of America’s historical past and its shaming present. Her brushes are the brash solos and raging harmonies of this existence.

The extremely large, captivating painting, with more than 100 figures portraying a great deal of symbolism and allegorical connections from a Black perspective, is titled “Christ’s Entry into Journalism.” In it Walker has a white policeman in riot gear clubbing a Black man as he videos it on his iPhone. Near that scene is James Brown singing into a microphone and protesters marching. At the bottom right is a picture of Dr. Martin Luther King Jr. alone in a corner.

On bottom left, there is a Black Panther figure standing next to Frederick Douglass. He is holding the severed head of Donald Trump by the hair. At the top there are two Black girls swinging on a trapeze from a branch with a lynched body hanging from it. The KKK, Civil War soldiers, hatred, rage, dominance, submission, shuffling negroes and plantation owners killed by slaves are all included.

In addition to a number of smaller paintings, the show contains two large explicit works, “The Pool Party of Sardanapalus (After Delacroix, Kienholz)” and “U.S.A. Idioms.”

Walker creates a unique style by using cutout images drawn in sumi ink on giant white sheets of paper and blowing up her drawings, which allows her to move them around her giant compositions (in case she develops a new concept). She dredges through the same deep murky waters as Jacob Lawrence, Romare Bearden, Augusta Savage and David Hammonds.

Kara Walker’s art exhibit hits hard like Jack Johnson, and, like Miles, she isn’t looking for validation. She is a revolutionary artist boldly exploring race, sexuality, violence, gender and identity in her works.