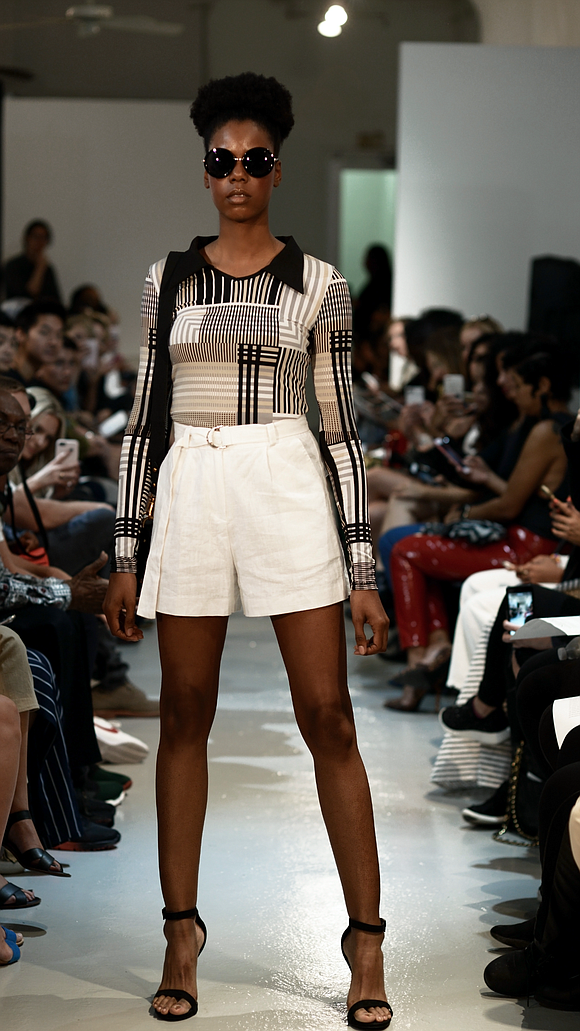 Despite Hurricane Harvey, Negris LeBrum’s Le Magnolia collection was presented here for New York Fashion Week. It was all about the plaids, which were mixed with floral prints and solids throughout the show. Based in Houston, the company was affected by Hurricane Harvey. All of their sponsors had pulled their support, but several Texas business owners came to the designer’s aid at the last minute so that their NYFW show could go on. Talk about stepping up to the plate! These businesses, including The Rodney Hampton Foundation, Fresh Wind Group International, Anthem in Art Photography, The Foundation for Modern Music, Vanity by Sammi and Revalushion Management Agency, all deserve a big round of applause.

For spring/summer ’18, Negris LeBrum presented looks and designs that have a retro classic feel. The show was held at the Caelum Gallery, located in the heart of the Chelsea district. This collection was fused by plaids, solids and dark floral prints. It was inspired by the attitude and strength of the Negris LeBrum woman. With this spring/summer line, designer Travis Hamilton wanted to reflect the traits of the modern woman. For the show, the brand created a blues and jazz lounge atmosphere with vocal sounds from B.B. King and others. The show was presented in boutique style with each model walking a tight runway, close to the people in the audience. This brand stays very close to its Louisiana roots. They held a Mardi Gras after-party and served New Orleans rum punch and delicious fried chicken and waffles.

Negris LeBrum was born from a love affair between a beautiful French Creole woman named Negris, and a handsome man, Sam LeBrum. The Negris LeBrum legend began in the 1940s. It’s a romantic story that represents culture and heritage. The couple’s love triumphed over societal differences and they sustained their love for one another.

Negris LeBrum also gifted members of the audience with a pair of vintage sunglasses from its streetwear brand called Stuck Up Girl. “I’m always excited when having the opportunity to share Louisiana lifestyle, culture and heritage during NYFW,” stated Hamilton.