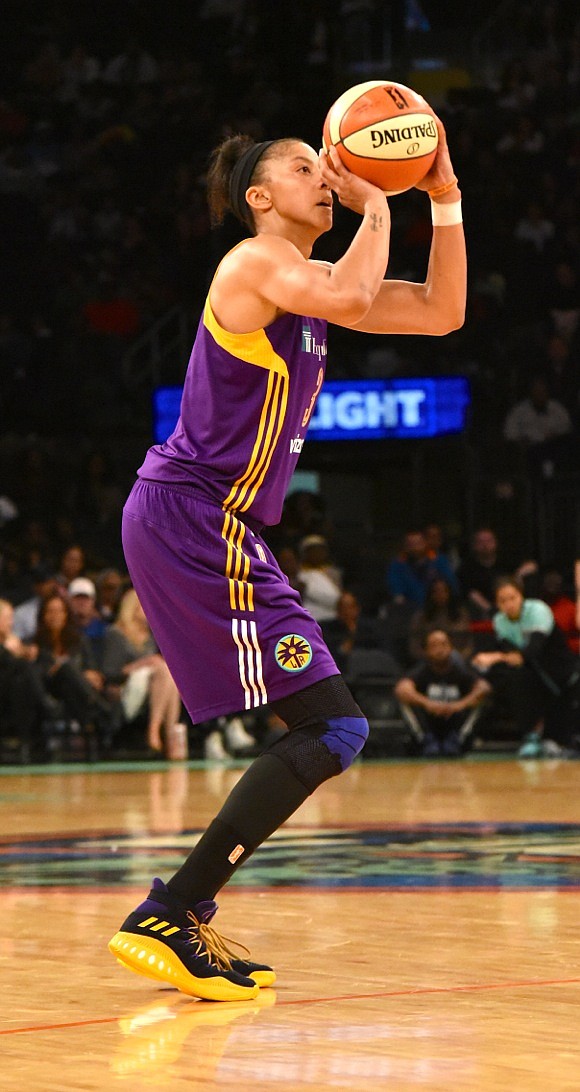 The Washington Mystics might have stopped the New York Liberty in their tracks to advance to the semi-finals of the WNBA playoffs, but once there the team was no match for three-time WNBA Champions, the Minnesota Lynx. The Lynx trounced the Mystics in three straight games to advance to their sixth final in seven years.

The defending champion Los Angeles Sparks also showed dominance in the semi-finals, dispatching the Phoenix Mercury in three straight games. History has shown that the Lynx win in odd-numbered years—2011, 2013 and 2015—but the Sparks have proved their winning comes in twos—2001 and 2002. The battle of the champions gets underway in Minnesota Sunday.

“It’s going to be a good one again,” said DeLisha Milton-Jones, who was part of the Sparks during the team’s 2001 and 2002 championship seasons and is now head women’s basketball coach at Pepperdine University. “The Sparks are bringing in that championship feel; they’re still hungry. Candace [Parker] is doing a great job of being the ultimate facilitator.” Milton-Jones played with Parker on the Sparks from 2008-12 and on the 2008 Olympic team.

She continued, “She’s also picking her moments where she needs to take over. They’re also getting tremendous play from Odyssey Sims and Chelsea Gray. That’s a tremendous one-two punch.”

The Sparks also include 2016 WNBA MVP Nneka Ogwumike, 2017 Defensive Player of the Year Alana Beard, Rutgers graduate Essence Carson and Jantel Lavender. The Lynx is a team deep with veteran talent and championship experience, including 2017 WNBA MVP Sylvia Fowles, 2014 MVP Maya Moore, Olympians Lindsay Whalen and Seimone Augustus and Rebekkah Brunson, who could become the winningest player in WNBA history with five titles (she won her first in 2005 with the Sacramento Monarchs).

“We all know playoff basketball in the WNBA is very physical,” said Milton-Jones. “Minnesota is a vet savvy team. You can always depend on their system and their trust and belief in that system to get them out of harm’s way. Although they may have an aging team … you can never count them out.”

She added, “They definitely have a winning spirit about them. That team was put together for this time of the year. They’re going to come and answer the call effortlessly, and that’s why I feel it’s going to be a great matchup once again.”